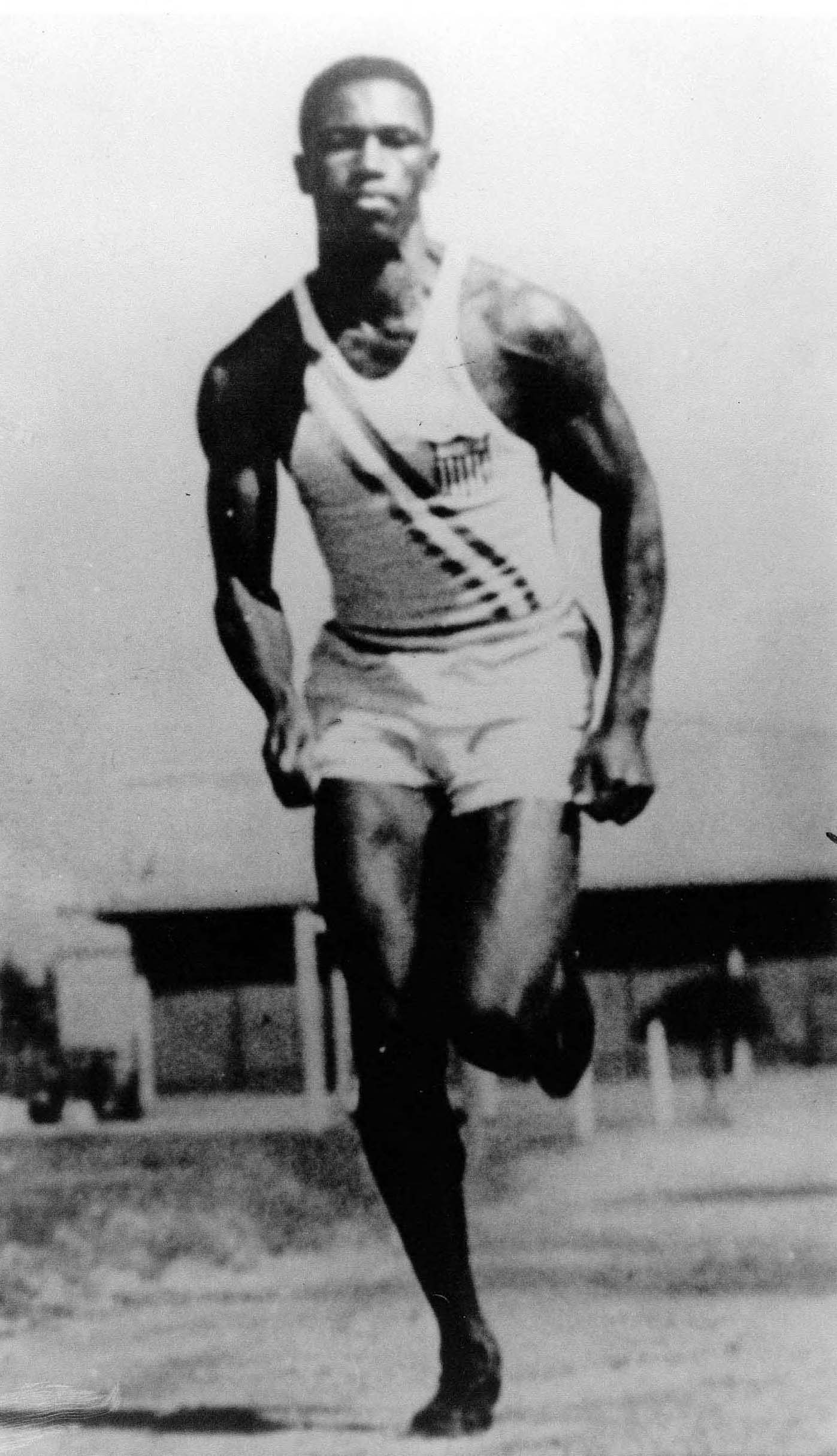 An exceptional athlete and one of America’s leading sprinters of the 1930s, Matthew Mackenzie “Mack” Robinson, was born in Cairo, Georgia in 1912.  Matthew grew up with three other siblings, including the famed Jackie Robinson. After their father left following the birth of the last child, mother Mallie Robinson decided to take her five children to California.  The Robinson family, along with other migrants, moved to Pasadena by train in 1920 where the athletic careers of the Robinson brothers would blossom.

While at Pasadena Junior College, Mack excelled in track-and-field, especially in sprints and the long jump; he would set national junior college records in the 100m, 200m, and the long jump. The 1932 Olympics games in Los Angeles inspired Mack to train for the succeeding games. He  encountered financial pressures and the discovery of a heart problem that almost ended his career. Mack trained despite his health issues and earned a spot on the 1936 U.S. Olympic team. He traveled with the team that summer to the Berlin Games which were hosted by Nazi Germany.  Adolf Hitler would be present at many of the events. Mack was one of eighteen black athletes, including twelve track-and-field competitors, to represent the U.S. in Berlin.

Mack Robinson, along with the rest of the African American athletes, performed remarkably well, collecting 83 of America’s 167 points. Mack contributed with a silver medal in the 200 meters behind Jesse Owens. During the Olympics, Mack befriended University of Oregon head coach Bill Hayward who persuaded him to enroll there in the 1937-1938 academic year. At Oregon, Robinson won numerous titles and set a school record in the 220-yard hurdles. Mack Robinson graduated from the University of Oregon in 1941 with a degree in physical education.

Despite his accomplishments, which included bring home an Olympic silver medal, when he applied for work with the city of Passadena he was given a pushcart and a broom and worked as a street sweeper on the night shift.  On cold nights he wore his Olympic jacket much to the irritation of may local residents.

Later in life, Mack became an advocate against street crime in jobs with various organizations and in volunteer work. He felt that his identity had been overshadowed by Jack’s achievements. Nevertheless, his legacy did not go unacknowledged.  During the opening ceremony of the 1984 Olympics, Robinson, along with other medalists, carried the giant Olympic flag into the Los Angeles Memorial Coliseum. He also received the prestigious Webfoot Award from the University of Oregon Alumni Association in recognition of his accomplishments in the same year.

Matthew Mackenzie Mack Robinson died at the age of 87 on March 12, 2000 in a Pasadena hospital.