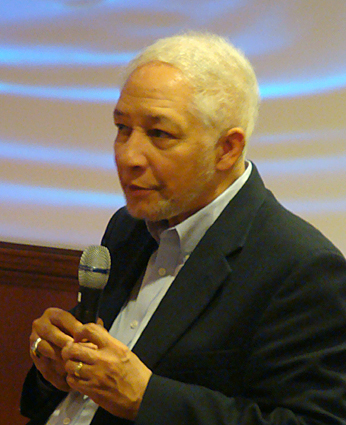 Earning history degrees from Towson and Morgan State Colleges in 1967, Dailey’s Morgan mentors were notable intellectuals such as Benjamin A. Quarles and David L. Lewis among others. In 1971 Dailey enrolled at Howard University, writing the dissertation “Emmett Jay Scott: The Career of a Secondary Black Leader” (1983) which was a biography of Booker T. Washington’s closest adviser.  Howard influences included Arnold H. Taylor, V. Merze Tate, Lorraine A. Williams, and Rayford W. Logan.

The Atlanta (Georgia) Historical Society awarded Dailey the 1986 “Alex W. Bealer Prize” for “Neither ‘Uncle Tom’ nor ‘Accommodationist’”: Booker T. Washington, Emmett Jay Scott, and Constructionism.”  His other essays are in Freedomways, The Langston Hughes Review, The Review of Black Political Economy, Harvard Business History Review, and Dígame!.  Dailey also chaired the Texas Humanities Council (2000-2015).  He was a member of the American Historical Association (AHA) and the Association for the Study of African American Life and History (ASALH).

Books co-edited/ authored by Dailey include Wheresoever My People Chance to Dwell: Oral Interviews with African American Women of El Paso (2000); Tuneful Tales (2002); When the Saints Go Hobbling In: Emmett Jay Scott and the Booker T. Washington Movement (2013); and African Americans in El Paso (2014).  At the time of his death, his long-awaited Scott biography, From Private Secretary to Power Broker: The Life of Emmett Jay Scott, 1873-1957, was being reviewed by a Texas academic press.

In 1967 Dailey married Sandra L. Prettyman and their union produced five sons: Cameron C., Christopher D., Cranston D., Maceo C. III, and Michael S.  He remarried in 2003 to Sondra Elise Banfield and they immediately established Sweet Earth Flying Press which produced books by women and people of color such as the overlooked 1930s text, Boy of the Border (2009), by Arna Bontemps and Langston Hughes that told the tale of a young boy’s Mexican Revolution-era experiences.

After a brief bout with cancer, Maceo Dailey died at age 72 on October 11, 2015 in Baltimore, Maryland.