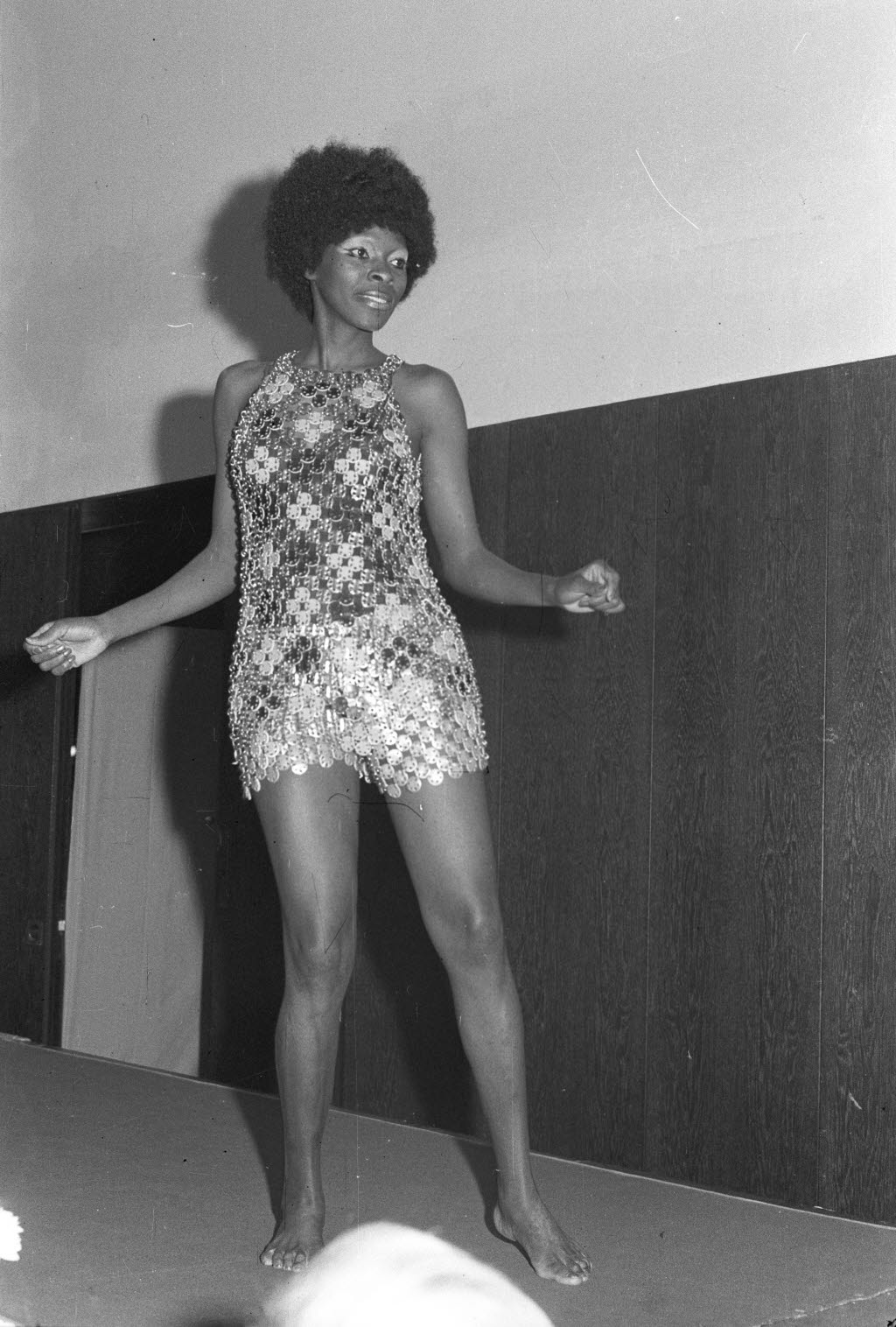 Before the Civil Rights Movement in America, African American models were visible in black magazines such as Jet and Ebony, but non-white models were never seen on the covers of Western fashion magazines, on the runway, or in advertising.  With that movement, and especially the 1964 Civil Rights Act, the prohibition based on race began to end.

Donyale Luna’s modeling career was launched in April 1965 when Harper’s Bazaar, a magazine that never had a black person on its cover before, featured a line-drawing sketch of Luna on its cover. Luna was then signed to an exclusive one-year contract with Harper’s legendary fashion photographer, Richard Avedon. A full eight years before Beverly Johnson made history in August 1974 by becoming the first black model to appear on the cover of the American version of Vogue, Donyale Luna in March 1966, became the first African American model to grace the cover of the British edition of Vogue.  Luna also became the first black fashion icon, and her face and form inspired the first black mannequin produced in 1967.

Luna was born Peggy Ann Freeman on August 31, 1946 in Detroit, Michigan, to Nathaniel Freeman, a foundry worker with the Ford Motor Company, and his wife Peggy Hertzog Freeman, a receptionist. Life at the Freeman household was solidly middle class. Luna grew up with sister Lillian and half-sister Josephine.

Peggy Ann Freeman attended Detroit’s prestigious Cass Technical High School, where she studied journalism, sang in the choir, and began the transformation from Peggy Ann Freeman to Donyale Luna.  Detroit photographer David McCabe who, upon seeing Luna leaving a repertory theater rehearsal one day, became so dazzled by the tall and stunning beauty he suggested that she move to New York to become a model.  While in New York Luna was embraced by Andy Warhol and his entourage, and she appeared in five of Warhol’s experimental films including Screen Test (1964) and Camp (1965).

Thinking that Europe would give her more acting opportunities, Luna moved to London, England, in December 1965. Luna soon became a stellar success in Europe as a model, inspiring Time magazine to proclaim 1966 as “The Year of Luna.” Modeling for Luna, however, was a way to advance her acting career.  Luna appeared in the films Who Are You, Polly Magoo? (1966), Skidoo (1968), Federico Fellini’s Satyricon (1969), Soft Self-Portrait of Salvador Dali (1970), and Salomé (1972).

It was as Warhol’s favorite muse that Luna became one of the highest paid models of her day. Luna was photographed by Helmut Newton and David Bailey, and she posed for most of the famous designers of the late 1960s and early 1970s: Yves Saint Laurent, Rudi Gernreich, Mary Quant, André Courrèges, and Paco Rabanne.  Luna was also one of surrealist artist Salvador Dali’s favorite models.

During those free-spirited years in the European limelight Luna dated rock stars, movie stars, and a prince, and also developed a drug habit.  In 1975 Luna married Luigi Cazzaniga, an Italian photographer.  At the time of her death at age 32 due to an accidental drug overdose on May 17, 1979, Luna was estranged from her husband. She left behind her daughter, Dream Cazzaniga, who was not quite two years old.