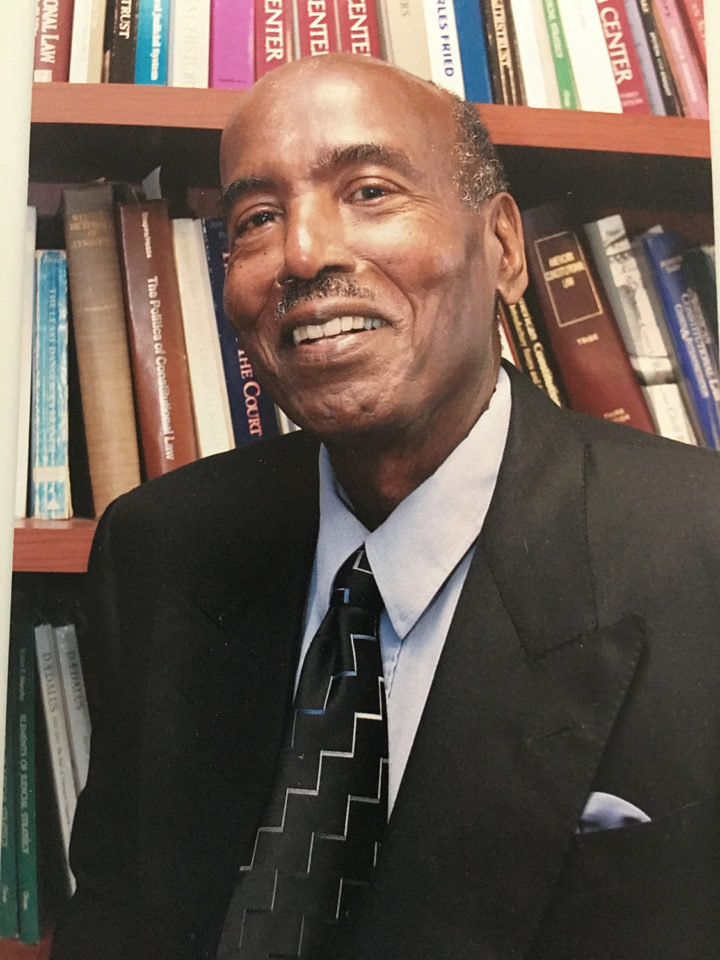 Lucius J. Barker was an African American political scientist who broke through racial barriers to become a leader in constitutional law, civil liberties, and African American politics. Born in Franklinton, Louisiana on June 11, 1928, Barker was the fifth of six children of teacher and principal Twiley Barker, Sr. and Marie Hudson Barker, an elementary schoolteacher. After graduating from high school, he attended Southern University in Baton Rouge.

After graduating Barker took a position at his alma mater, Southern University. Later he worked at the University of Wisconsin at Milwaukee for eleven years. In 1964 Barker took a leave from his position to serve as Liberal Arts Fellow of Law and Politics at Harvard Law School. During that year Barker married his wife, the late, Maude Beavers. In 1967 Barker returned to the University of Illinois for two years and served as Assistant Chancellor. Two years later in 1969 Barker began teaching at Washington University in St. Louis, Missouri and served as Political Science Department Chair there until 1990. Later that year, he took a position at Stanford University where he was the William Bennett Munro Professor of Political Science from 1990 until 2006. Barker also held posts as a visiting professor at other universities including Harvard before retiring from teaching in 2006.

In 1984 Barker and served as a delegate to the Democratic National Convention representing Missouri. He was also president of the Midwest Political Science Association that same year. Barker was engaged in countless presidential campaigns as an activist and observer, ranging from John F. Kennedy’s campaign in 1960 to Barack Obama’s campaign in 2008.

Lucius J. Barker, a member of Sigma Pi Phi Fraternity, died in his Northern California home on June 21, 2020 of complications due to Alzheimer’s disease. He was 92. His wife, Maude, died 33 days earlier. Barker’s brother Twiley Barker, Jr. died in 2009. Barker is survived by two daughters.