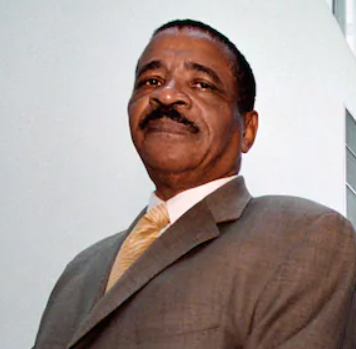 C. Payne Lucas, who co-founded Africare in 1970, established the largest and oldest predominately African American non-governmental organization (NGO). Since its founding, Africare has invested over $1 billion development-related projects in thirty-five African nations.  Lucas has spent half a century in service specifically in African affairs.

Lucas was born in Spring Hope, North Carolina, on September 14, 1933, and grew up in a family of sixteen. Given the many children for whom his parents had to provide, Lucas found himself working at a very young age as a cotton picker and shoe shiner, earning whatever he could to help support his younger brothers and sisters. In public school in Spring Hope, he excelled in drama and public speaking. In 1950 he successfully ran a town-wide voter registration drive in Spring Hope; at the time, he was a junior at Spaulding High School. He graduated in 1951.

Lucas brought these talents with him to the University of Maryland, Eastern Shore, where he received a degree in history in 1959. He enlisted in the U.S. Air Force during his sophomore year at Maryland to serve for four years, from 1952 to 1956. After his tour, he enrolled at American University and earned a master’s degree in government in 1961.

In his last year of his formal education, Payne volunteered first for the Democratic National Committee and then decided to join the newly formed U.S. Peace Corps. During his ten years with the Corps, he served as assistant country director of Togo, country director of Niger, director of the Africa Affairs, and finally the director of the returned volunteers. Because of his extensive experience in Africa, Lucas left the Peace Corps to help found Africare, the first American organization specializing in aid to Africa.

He first concentrated his efforts in helping alleviate the severe droughts of West Africa. With seventeen American volunteers led by his co-founder William O. Kirker, they began their work on providing water projects to drought-stricken villages. Slowly, Africare began to expand to other areas, including food, health, and the environment. In the twenty-first century, they began to work on micro-enterprise business as well as HIV/AIDS and other emergency aid. In 2002 Lucas stepped down as executive director of Africare.

For his impressive work through Africare, C. Payne Lucas has been commended by numerous United States presidents and two dozen African leaders. He was the recipient of the 1984 Presidential End Hunger Award from President Ronald Reagan. In 1993 the Congressional Black Caucus through its chairman, Congressman Kweisi Mfume of Maryland, praised his efforts to end hunger and poverty on a global scale. In 2004 President George W. Bush appointed Lucas to serve on the board of directors of the Africa Development Fund, a public-private economic aid agency.

Although he retired from Africare in 2002, Lucas continues to write and speak on foreign aid to Africa, the challenges of African economic development, and international affairs. He also regularly testifies about Africa before House and Senate subcommittees in his efforts to continue helping the continent as he has done his entire life. Lucas is a member of Sigma Pi Phi fraternity.