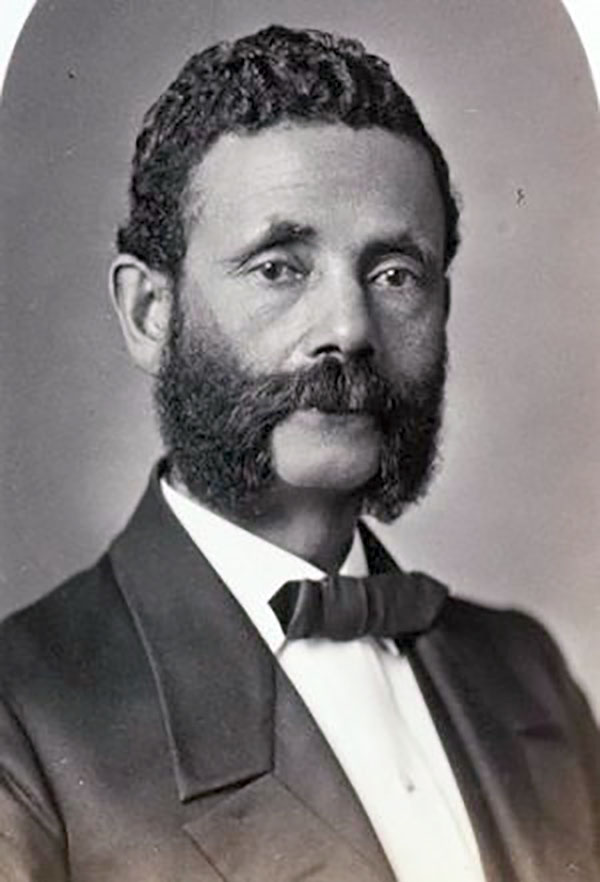 Remembered in Skinner’s 1850 Will as “my favourite and faithful Body Servant whom I have freed,” George Lowther received a private education from Skinner.  Early in 1845, encouraged by his hometown friend, John S. Jacobs, Lowther left Skinner and went to New York.  But in the late summer of 1847, he reunited with Skinner, serving as his former owner’s valet on a trip from New York to Boston.  By 1850, George Lowther had established his hairdressing business in Boston and was living in the household of abolitionist William H. Logan, his future father-in-law.

Lowther married Sarah Logan in September 1852.  Among the wedding guests were William Cooper Nell, Harriet Jacobs, and her daughter, Louisa, who was the bridesmaid.  In December 1855, Lowther, along with Robert Morris, Lewis Hayden and other prominent abolitionists, presided at a meeting of colored citizens of Boston to recognize Nell for his efforts to promote equal school rights.  By 1860, Lowther and his family moved to Milford, Massachusetts.  While there he wrote a testimonial for slave narrative author and fellow North Carolinian Harriet Jacobs, which was published in her Incidents in the Life of a Slave Girl which appeared in 1861.

Lowther was the first African American in Massachusetts to be admitted to the national temperance organization, the Right Worthy Grand Lodge.  Along with lawyer George L. Ruffin (his next door neighbor in 1870) and Dr. John S. Rock, Lowther supported the Republican Party, and in 1878 he was elected to a two-year term in the Massachusetts House of Representatives where he represented Boston’s 9th Ward.  In 1879, Lowther served with early equal rights activist Wendell Phillips and three others on a fundraising committee to aid African Americans who wanted to leave the South.  When Wendell Phillips died in 1884, George W. Lowther was one of the speakers at Phillips’ memorial service.

Lowther worked as Deputy Sealer of Weights and Measures at the Boston Court House (1882) and Constable and Messenger in the Treasurer’s Office (1889-1898).

George Lowther died of tuberculosis on October 5, 1898, in Boston, Massachusetts.  He was 76.