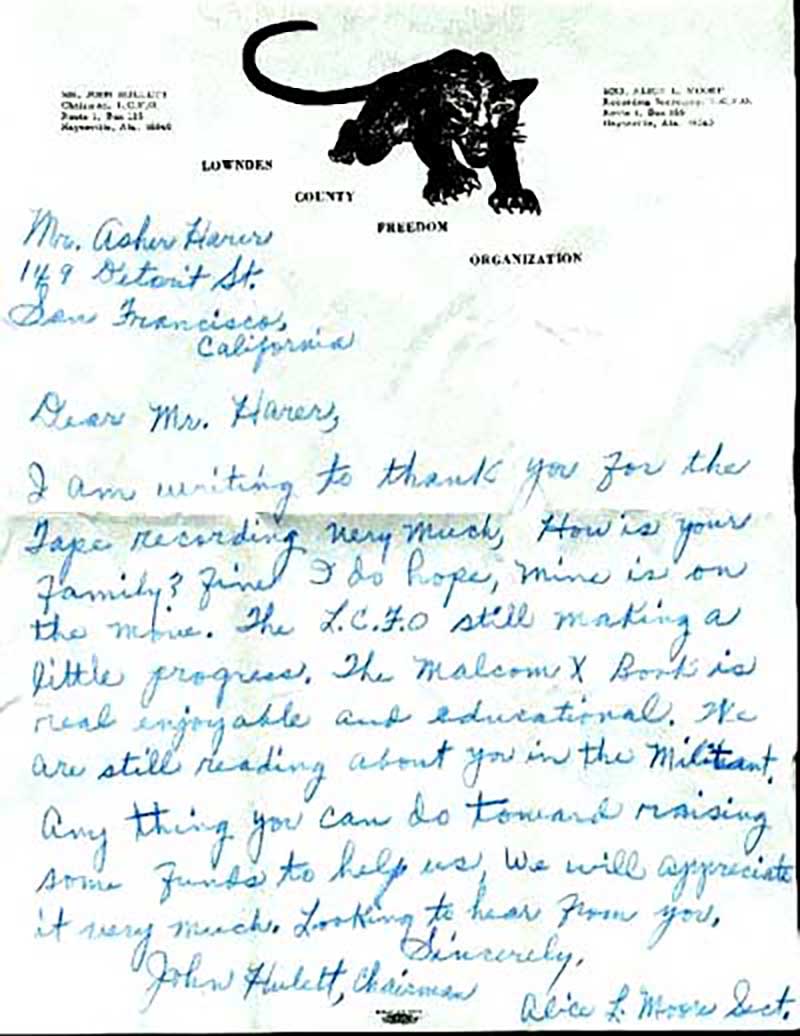 The Lowndes County Freedom Organization (LCFO), also known as the Black Panther Party, was started in 1965 under the direction of Student Non-Violent Coordinating Committee (SNCC) activist Stokely Carmichael.  In 1965, Lowndes County in Alabama was 80% black but not a single black citizen was registered to vote.  Carmichael arrived in the county to organize a voter registration project and from this came the LCFO. Party members adopted the black panther as their symbol for their independent political organization.

More than half of the African American population in Lowndes County lived below the poverty line.  Moreover, white supremacists had a long history of extreme violence towards anyone who attempted to vote or otherwise challenge all-white rule.  Lowndes County Freedom Organization members didn’t simply want to vote to place other white candidates in office.  Instead they wanted to be able to vote for their own candidates.

White voters in Lowndes County reacted strongly to the LCFO.  In many instances, whites evicted their sharecroppers, leaving many blacks homeless and unemployed.  Whites also refused to serve known LCFO members in stores and restaurants.  Small riots broke out with the local police often firing only on blacks during these confrontations.  However, the LCFO pushed forward and continued to organize and register voters.  In 1966, several LFCO candidates ran for office in the general election but failed to win.  While their attempt was unsuccessful, the LCFO continued to fight and their goal and motto of “black power” spread outside of Alabama.

The movement spread all over the nation.  Two black Californians, Huey P. Newton and Bobby Seale, asked for permission to use the black panther emblem that the Lowndes County Freedom Organization had adopted, for their newly formed Black Panther Party.  The Oakland-based Black Panther Party became a much more prominent organization than the LCFO.  Thus few people remember the origins of this powerful symbol with impoverished African Americans in a central Alabama County.