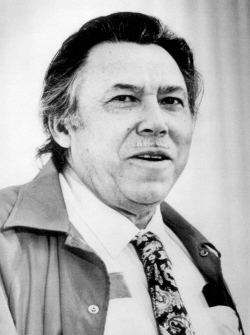 Wilfred Augustus Low — or “Gus,” as he was universally known to friends and colleagues — was born to a sharecropping family in the Delta country of Mississippi on May 17, 1916. When Low was a teenager, his family relocated to St. Louis, Missouri, which gave him the opportunity to graduate from high school and enroll at Lincoln University in Jefferson City, Missouri. There he helped edit the student newspaper and earned a B.A. degree magna cum laude in 1937. Low immediately matriculated as a graduate student in the Department of History at University of Iowa, where he earned an M.A. degree in 1938 and a Ph.D. degree in 1941.

During World War II, Low fought as an infantry man in the Italian campaign. After the war, he became a professor of history at Maryland State University (now University of Maryland Eastern Shore), where he taught from 1948 to 1966. He also served as a visiting professor at Florida A & M, Virginia State College, Lincoln University (Missouri), and Fort Valley State College, among others.

Low’s doctoral dissertation was entitled “Virginia in the Critical Period, 1783-1789,” and from that he developed an essay entitled “Merchant and Planter Relations in Post-Revolutionary Virginia, 1783-1789,” which he submitted to the Virginia Magazine of History and Biography (VMHB) in 1950. Both the editor and the publications committee thought the article was excellent and deserved publication, but “since Professor Low is a Negro” they sought formal approval from the executive committee of the Virginia Historical Society. To their credit, the committee members accepted the essay on its merits, and thereby quietly broke an academic color line still clearly evident at that time in such organizations as the Mississippi Valley Historical Association (now the Organization of American Historians) and the Southern Historical Association. The modest and self-effacing Low never publicly mentioned his own role in any of this.

In addition to that essay, Low published several others, including an influential study of “The Freedmen’s Bureau in the Border States,” but he became best known in the academic world as the fourth editor of the Journal of Negro History (JNH), from 1970 to 1974, and co-editor of the authoritative Encyclopedia of Black America, which finally appeared in 1981. Before becoming formal editor of the JNH, Low had quietly managed the journal through difficult times in the late 1960s, occasionally paying its mailing and printing expenses from his own pocket. Publication of the Encyclopedia culminated years of tireless effort, drew wide acclaim as the first major reference collection of its kind, and fulfilled Low’s greatest scholarly dream. Throughout his career, often from behind the scenes, he proactively encouraged the work of a new generation of African American historians, especially those interested in the history of African American arts, theater, and literature.

In 1966, Low left Maryland State to become the founding member of the History Department at the University of Maryland, Baltimore County (UMBC), a new research campus near Baltimore. There he helped build the history department from which he retired in 1984. An annual lecture at UMBC commemorates the quiet but profound influence of this early champion of African American history, whose many efforts during a transitional period helped the field enter the mainstream of American historical scholarship.

UMBC Departmental Records; archives of Lincoln University and the University of Iowa; W. A. Low and Virgil A. Clift, eds., Encyclopedia of Black America; Journal of Negro History; oral comments during twenty years as a friend and colleague.