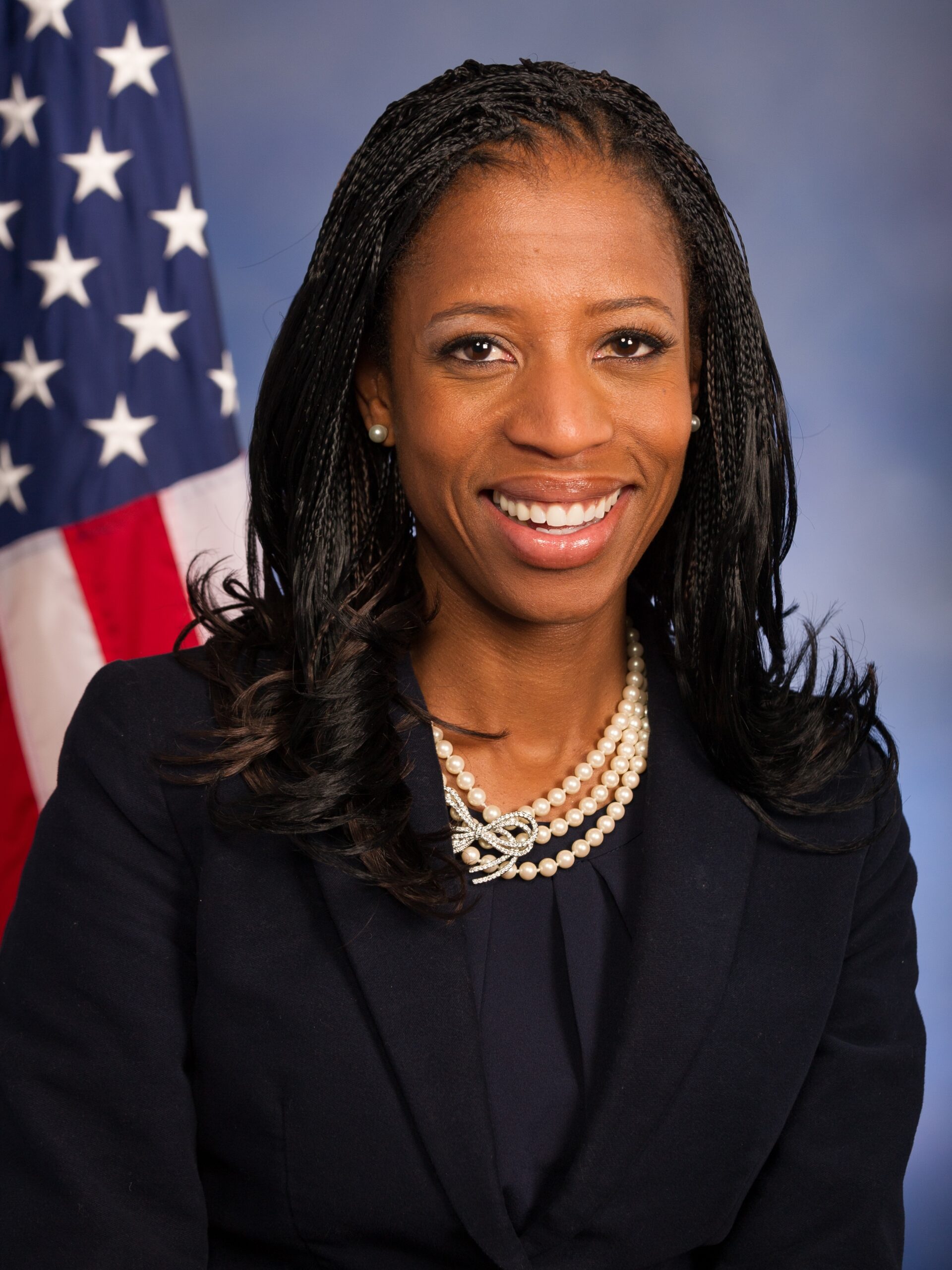 Love was born Ludmya Bourdeau on December 6, 1975 in Brooklyn, New York to Jean-Maxine and Mary Bourdeau.  The Bourdeau family emigrated from Haiti to the United States in 1973. Due to visa restrictions two children, Jean and Cynthia, were left behind. Love was born before the expiration of an immigration law that offered green cards to immigrants with children born in the United States; Love’s parents later became naturalized citizens.

Love was raised a Roman Catholic; her father worked for Nabisco, and her mother worked as a nurse.  The Bourdeau family moved to Norwalk, Connecticut in 1980, reuniting the family with the older children from Haiti.  Love graduated from Norwalk High School before completing a degree in fine arts in 1998 at the University of Hartford, which she attended on a partial scholarship.  Upon graduation, she worked as a flight attendant for Continental Airlines and became a member of the Church of Latter Day Saints.  She relocated to Utah and after four months of dating she married Jason Love, a missionary for the LDS Church.

Love’s political career began as a community spokesperson in Saratoga Springs, Utah.  In 2004 she was elected to the Saratoga Springs City Council, serving six years in the office before being elected mayor.  She served as mayor from 2010 to 2014, guiding the city through an economic downturn and natural disasters such as wildfires and mudslides.

Love ran for Congress in 2012, but was defeated by Democrat Jim Matheson.  During that first attempt at a congressional seat, Love gained valuable national exposure when she was selected to be a keynote speaker at the Republican National Convention in Tampa, Florida.  She served as the opening speaker for the Western Conservative Summit in 2013 and appointed to the Republican National Committee’s (RNC) National Advisory Council of African American Outreach in 2014.  Love’s second congressional campaign was successful, as she defeated Democrat Doug Owens in the 2014 election.

Love is a Tea Party conservative.  She identifies as “pro-life,” supports cuts to Federal spending, and supports tightening border control in response to illegal immigration, Second Amendment gun rights, the repeal of the Affordable Care Act, and local control of public education.  In 2012, Love pledged to join and dismantle the Congressional Black Congress if elected. She joined the caucus in January 2015.  Shortly after joining the Congressional Black Congress, Love came under fire for supporting House Majority Whip Steve Scalise after he admitted to giving a 2002 speech at a white supremacist conference.  Despite these controversies, Mia Love’s historic election increased diversity within the United States Congress.

Mia and Jason Love live in Utah with their three children, Alessa, Abigail and Peyton.