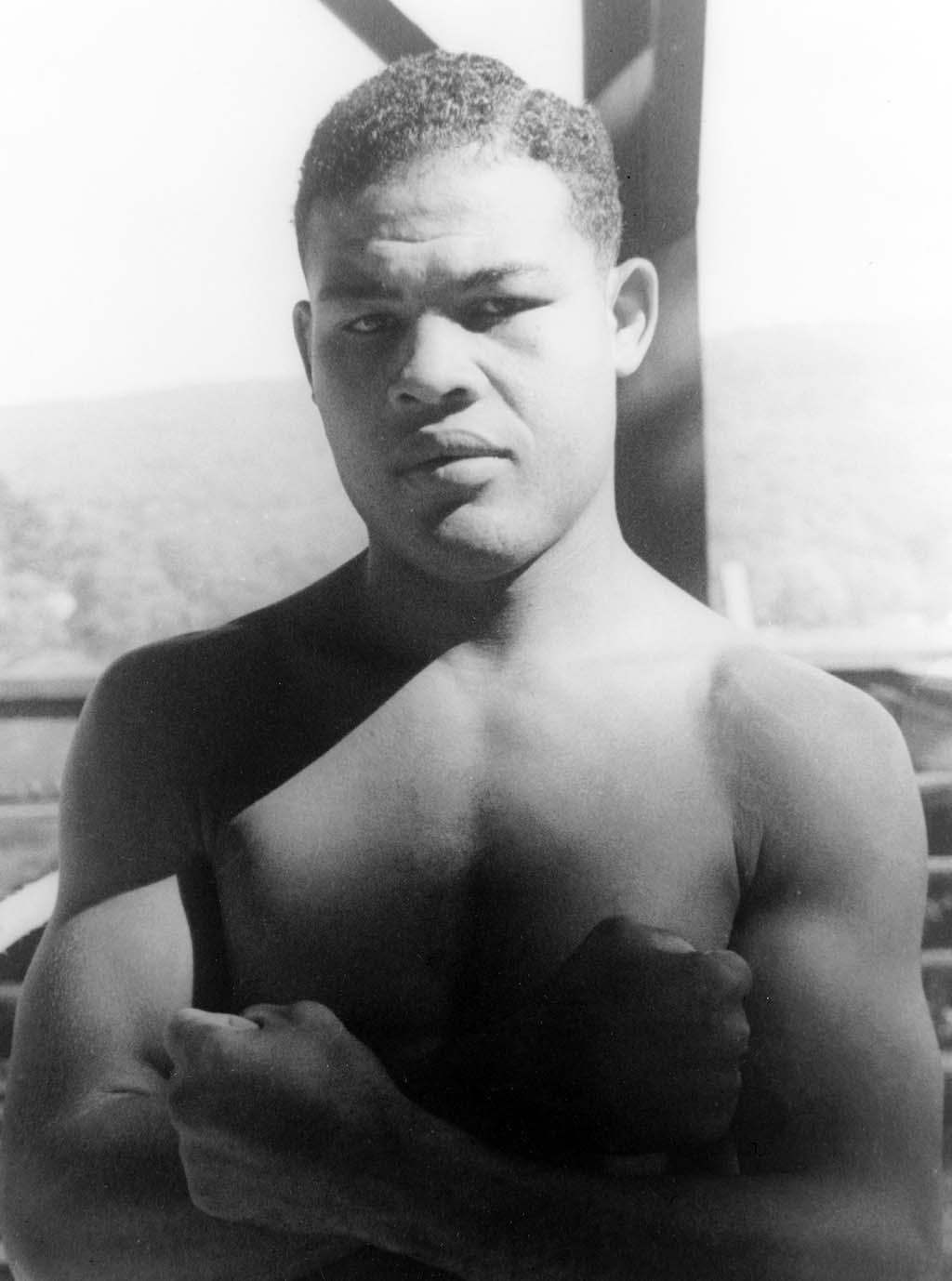 Joe Louis Barrow, known popularly as Joe Louis, was the second African American heavyweight boxing champion in the 20th Century.  Louis was born on May 13, 1914 in Chambers County Alabama to sharecropper parents Monroe and Lilly Reese Barrow.  He was the seventh of eight children and grandson of slaves.  In 1926, Barrow’s family, like thousands of southern African American families, migrated to Detroit.

While only in his teens Barrow began boxing at Brewster’s East Side Gymnasium in Detroit.   At 19, he entered the Golden Gloves finals in 1933 as a light heavyweight and eventually became the champion in his weight class.  Louis turned professional in 1934 and dropped the name Barrow.  Louis won a remarkable 12 bouts in his first year as a professional. His career ascended quickly, and by 1935 he earned over $350,000 in purses, when the average yearly salary in the United States during the Great Depression was about $1,200.  He gave generously to charities and friends. Louis became an icon for African Americans and a hero to many white Americans, as well.

Louis won his first 27 fights—all but four by knockout.  During this period, he convincingly defeated such heavyweight greats as Primo Carnera, Stanley Poreda, Natie Brown, and Max Baer.  Known as the “Brown Bomber,” Louis’s most memorable encounters were his matches against German champion Max Schmeling. In 1936, Schmeling knocked Louis out for the first time in his career.

Nevertheless, in 1937, after fighting several other contenders, Louis began a 12 year reign as heavyweight champion by knocking out James Braddock.  A rematch with Schmeling occurred in June 1938 which, despite the wishes of the fighters, became a symbol of the growing political conflict between Germany and the United States.  Louis knocked Schmeling out in the first round and immediately became a national hero.

During World War II, Louis enlisted in the Army.  As a soldier, Louis served his country by participating in exhibition matches to raise money for the military and to boost soldier morale.

Louis returned to the ring in 1946 and in the next three years defended his defended his title four times, including consecutive victories against “Jersey” Joe Walcott.  Louis retired in 1949, as the undefeated heavyweight champ.  Financial pressures including mounting federal tax debts forced Louis back into the ring at age 37.  In 1950, he attempted to recapture his title in a bout against Ezzard Charles. However, in a points decision, Louis was handed a loss. Not ready to accept defeat, he challenged the next champion, Rocky Marciano in 1951. During the 8th round of the bout, Marciano knocked Louis through the ropes.  This was Joe Louis’s final time in the ring.

Although he had earned more than $5 million in his seventeen year boxing career and had served his country during World War II, Louis retired penniless. To support himself, Louis became a Las Vegas casino greeter.  Louis was married four times. With his wives he had two biological children and adopted three other children.

Louis continued to suffer from severe financial problems, and by the 1960s his health began to deteriorate.  At one point he was a patient at a Denver, Colorado psychiatric facility. Joe Louis died on April 12, 1981. President Ronald Reagan ordered the veteran buried in Arlington National Cemetery with full military honors.