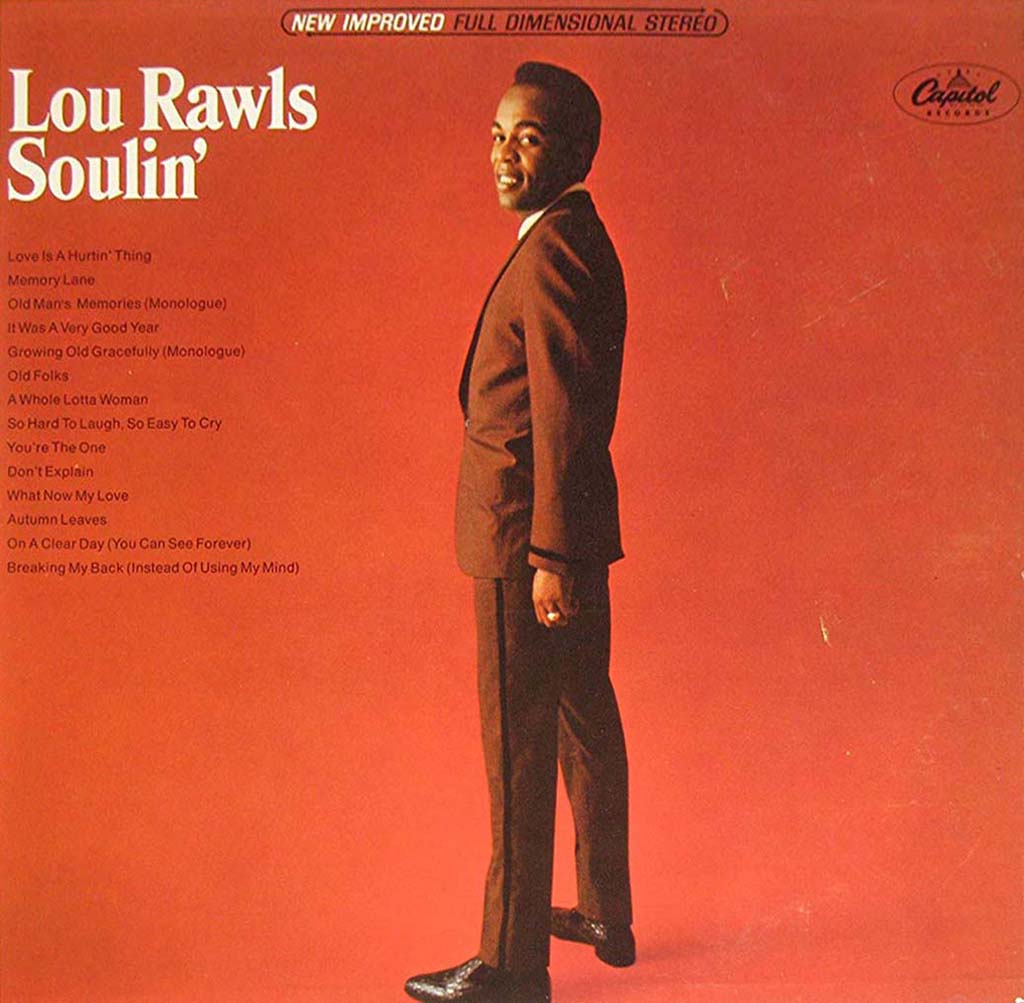 Lou Rawls was an award-winning singer and songwriter famous for his luxurious baritone singing voice and four-octave vocal range. He is most well-known for his hit song “You’ll Never Find Another Love Like Mine,” and experienced the height of his musical career throughout the 1960s and ‘70s.

Born Louis Allen Rawls on December 1, 1933 in the south side of Chicago, Rawls was raised by his grandmother and began singing in his church’s choir at age seven. As a teenager Rawls formed a gospel harmony group called the Teenage Kings of Harmony with his friend (and future famed singer) Sam Cooke. Before long Rawls joined another group called the Holy Wonders, then in 1951 joined the Highway Q.C.’s, replacing Cooke. Three years later Rawls sang with the Chosen Gospel Singers, and soon after joined the Pilgrim Travelers. In 1956 Rawls quit the group to become a paratrooper in the Army where he rose to sergeant, and was discharged in 1958. He rejoined the Travelers (previously the Pilgrim Travelers), and left on tour—during which he got into a car wreck and was pronounced dead en route to the hospital. After spending five-and-a-half days in a coma, it took three months for Rawls to regain his memory and a year to fully recover.

Upon recovery Rawls began singing secular music and started his acting career as a minor part in the popular series 77 Sunset Strip. By the end of 1962 Rawls released his first album, I’d Rather Drink Muddy Water, featuring the Les McCann Trio. He became known for doing spoken monologues (raps) during his live performances in which he reflected on his life and social issues. In 1966 he released his first gold album, Live!, and the album Soulin’, which earned Rawls the reputation of one of the most talented singers of his era. Soulin’ generated his first major hit, “Love Is A Hurtin’ Thing,” which reached number one on the R&B chart. The following year Rawls won his first Grammy Award for “Dead End Street.” He won his second Grammy in 1971 for “Natural Man.” In 1976 he released his most successful album, All Things In Time, which quickly reached the R&B Top 10 chart and went platinum. It also spawned Rawls’s most famous song, “You’ll Never Find Another Love Like Mine” which topped R&B charts and reached number two on pop charts. 1977 brought Rawls his third Grammy for Unmistakably Lou which included the R&B Top 10 hit “See You When I Git There.”

In 1980 Rawls began the Lou Rawls Parade of Stars Telethon, an annual show he used to raise hundreds of millions of dollars for the United Negro College Fund. Rawls began touring American military bases internationally, then in the late ‘90s started working more as an actor in films like Leaving Las Vegas and a voice actor in shows such as Hey Arnold! and Rugrats. Rawls released his last album, Rawls Sings Sinatra, in 2003.

In 2006 Rawls passed away from brain and lung cancer at the age of 72 at Cedars-Sinai Medical Center, Los Angeles, California. He is survived by his children Lou Rawls Jr., Louanna Rawls, Kendra Smith, and Aiden Allen, and his estranged wife Nina.