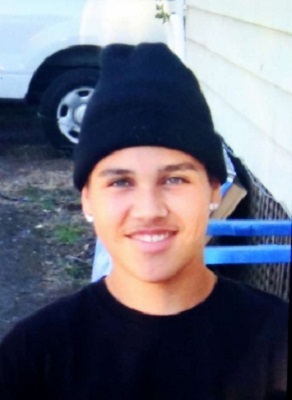 Andy Lopez was born on June 2, 2000, and was shot and killed by a police officer in 2013 at the age of thirteen in Santa Rosa, California.

At approximately 3:00 p.m. on October 22, 2013, Lopez left his home in Santa Rosa, California. Family members report that he had a toy airsoft gun with him, one that he had borrowed from a friend. The friend reported that he was worried about letting Lopez borrow the gun because the orange tip had broken off, making it hard to distinguish from a real gun.

That same day, the officers patrolling the Moorland neighborhood, Officer Erick Gelhaus and Officer Michael Schemmel of the Sonoma County Sheriff’s Department, encountered Lopez. Officer Gelhaus was a 24-year veteran with Sonoma County, and while Schemmel was new to Sonoma County, he spent 11 years at a nearby department. When they saw Andy Lopez with what they believed to be a real gun, Officer Gelhaus ordered him to drop the gun. At this point, one of the officers radioed in to report the situation to dispatch. Only 10 seconds later, a second call from officers was made saying that shots had been fired.

Officer Gelhaus shot eight rounds, seven of which hit Lopez. Andy Lopez was pronounced dead at the scene. Officer Gelhaus claimed that the boy did not comply with orders to drop the weapon and turned the gun towards the officers. Gelhaus said that he fired his service weapon because he feared for his life as well as the life of his fellow officer.

In the days following the death of Andy Lopez, some local residents protested the shooting as an example police brutality, excessive force, and racism. On October 25, more than 100 middle school students, many of whom were friends of Lopez, protested at Santa Rosa City Hall. On October 29, a mass march of over 1,000 people was held to protest the shooting.  Other protests took place, including one on December 9, 2013, when officer Gelhaus was cleared to return back to duty.

In January of 2015, the Sonoma Board of Supervisors acquired the site where Andy Lopez was killed and designated it a park in his honor.