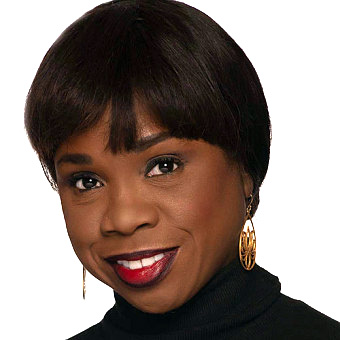 Thirteen years principal dancer at Dance Theatre of Harlem, Andrea Long began her career dancing with the New York City Ballet and remained there for over eight years. Internationally renowned, she continues to inspire in an arduous profession. She dances as guest artist with many regional ballet companies and is considered exemplary and demanding as a ballet instructor.

Andrea Long was born in Philadelphia, Pennsylvania. Her parents encouraged her love of dance at a young age. Her early ballet training included the Pennsylvania Ballet School, Philadelphia, the American Ballet Theatre School, and the School of American Ballet, both in New York City. Invited first to join the Pennsylvania Ballet, in 1985, Long left to become a member of the New York City Ballet. After dancing in the corps, she found greater opportunities with The Dance Theatre of Harlem. She has received continuing critical acclaim as the Sugar Plum Fairy in Balanchine’s classical version of The Nutcracker as well as his Allegro Brillante, among others; in contemporary dance works of Robert Garland, Dwight Rhoden, Jerome Robbins, Laveen Naidu, to name a few.

Long has danced with Ballet New York, New York City Ballet Touring Group, and Complexions Contemporary Dance, New York. She has performed on tour across the United States and Europe.

Long has been a continuing inspiration to young women and particularly women of color through teaching at the Dance Theatre of Harlem and school and master classes elsewhere. Referring to her solo performance ten years before in The Fire Bird, she inspired her students to, “Be a bird, your bird.” In teaching Long has stated, “It’s about making incredible dancers. I’m not interested in making little corps dancers. I wanna make stars!”

Long sees a growing respect for the art of ballet in popular culture and joins in encouraging such groups as The Swan Dreams Project in a goal to increase minority participation in ballet. A ballet photograph of her there has inspired young black dancers to pursue their dreams.  A number of young dancers in the program have cited her encouragement as the reason for their presence in the Swan Dreams Project.