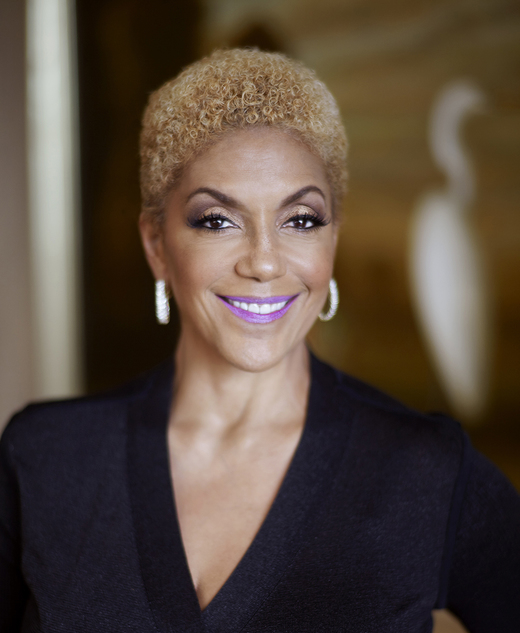 Former magazine owner Linda Johnson Rice was born on March 22, 1958, in Chicago, Illinois to John and Eunice Johnson. Rice’s father in 1942 founded Johnson Publishing Company which published Ebony and Jet magazines and as a result was the largest black-owned magazine publisher in the United States. Linda Johnson, wanting to be an integral part of her father’s business, began training in the fashion department at age seven by taking notes during business meetings, and reviewing her father’s incoming and outgoing mail.

Johnson attended the University of Southern California, Los Angeles, and graduated with a BA in Journalism from the Annenberg School for Communication in 1980. While in college, Johnson was involved in the Ebony Fashion Fair, her father’s company’s traveling fashion show which allowed her to travel to Italy and France to chose gowns and models. She later directed the shows. Johnson became Vice President of Johnson Publishing Company after graduation in 1980 and started work on the syndicated television show Ebony/ Jet Showcase. She received a MBA from Northwestern University’s J.L. Kellogg Graduate School of Management in 1987. Immediately after graduation, Rice became President and COO of Johnson Publishing, until her promotion to CEO in 2002, becoming the first African American female CEO among the 100 largest black-owned companies in the United States. She is the recipient of numerous awards, to include the Women of Power award from the National Urban League, the Tower of Power Award of the Trumpet Awards, as well as being named one of Chicago’s 100 Most Powerful Women.

She has served as a board member for numerous organizations including the Board of Trustees for the Museum of Contemporary Art (MOMA) in Chicago, the Women’s Board for the Boys & Girls Clubs of America, Board of Director for Continental Bank Corporation, Magazine Publishers of America, GrubHub Inc., Tesla Inc., Kimberly-Clark Corporation, University of Southern California, the Magazine Publishers Association, the Northwestern Memorial Corporation, The Advisory Board for the National Underground Railroad Freedom Center, the Women’s Board of the Art Institute of Chicago and the Founding Council of the National Museum of African-American History and Culture in Washington, D.C.

In 2016, after seventy one years of family operations, Johnson Publishing Company was sold to Clear View Group, a private African-American owned equity firm in Texas. Rice became a board member and returned as CEO at Ebony Media Operations in 2017 but severed her ties and resigned from all position in September of 2019.

Rice married S. Andre Rice in 1984 and the couple had one daughter, Alexa Christina. The couple later divorced and from 2004 to 2009, Rice was married to former Detroit Lions Running Back Mel Farr. She currently resides in Chicago.