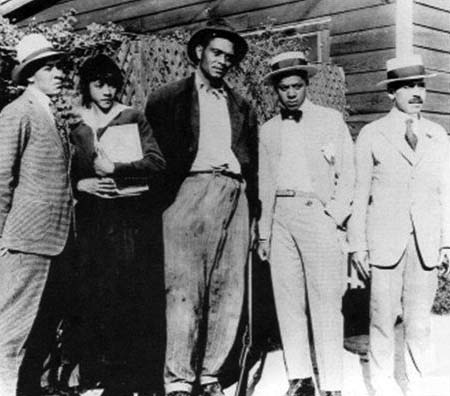 African American audiences were generally ignored by the major motion picture studios in the first two decades of the 20th century. Nonetheless, demand for films aimed at black theaters in both the South and larger northern cities prompted the formation of several “black” motion picture production companies. Most of these black-owned enterprises were outside of southern California. Ebony Films and the William Foster Studio were based in Chicago, Illinois. The Norman Film Company was formed in Jacksonville, Florida. Others like Peter P. Jones Photoplay Company and the Afro-American Film Company were also founded in the midwest. 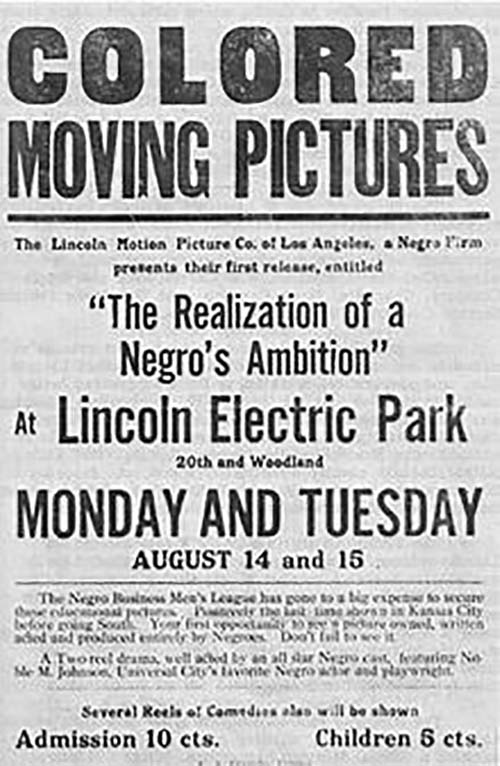 Sensing a market, major Hollywood studios like Fox and Paramount eventually created so-called race film units in the late 1920s. They produced all-black-cast movies that they shaped to appeal simultaneously to white and black audiences.

The Lincoln Motion Picture Company in Omaha, Nebraska is considered the first all-black movie production unit in the country. Its entire output was aimed directly at African American viewers. Founded in 1916 by brothers Noble and George Johnson and soon relocated to Los Angeles, the company made and distributed five films, which were generally limited to “special showings” for African Americans in churches and small assembly halls. However, production expenses and minimal sales limited their ability to create additional films. As a result, the brothers went their separate ways. Their lack of long-term success, however, was only prologue to a burst of activity by small, all-African-American, filmmakers that would grow enormously by the mid-1940’s, when literally hundreds of movies (from musical featurettes to longer films) would proliferate not only in southern locations but also in larger northern cities.