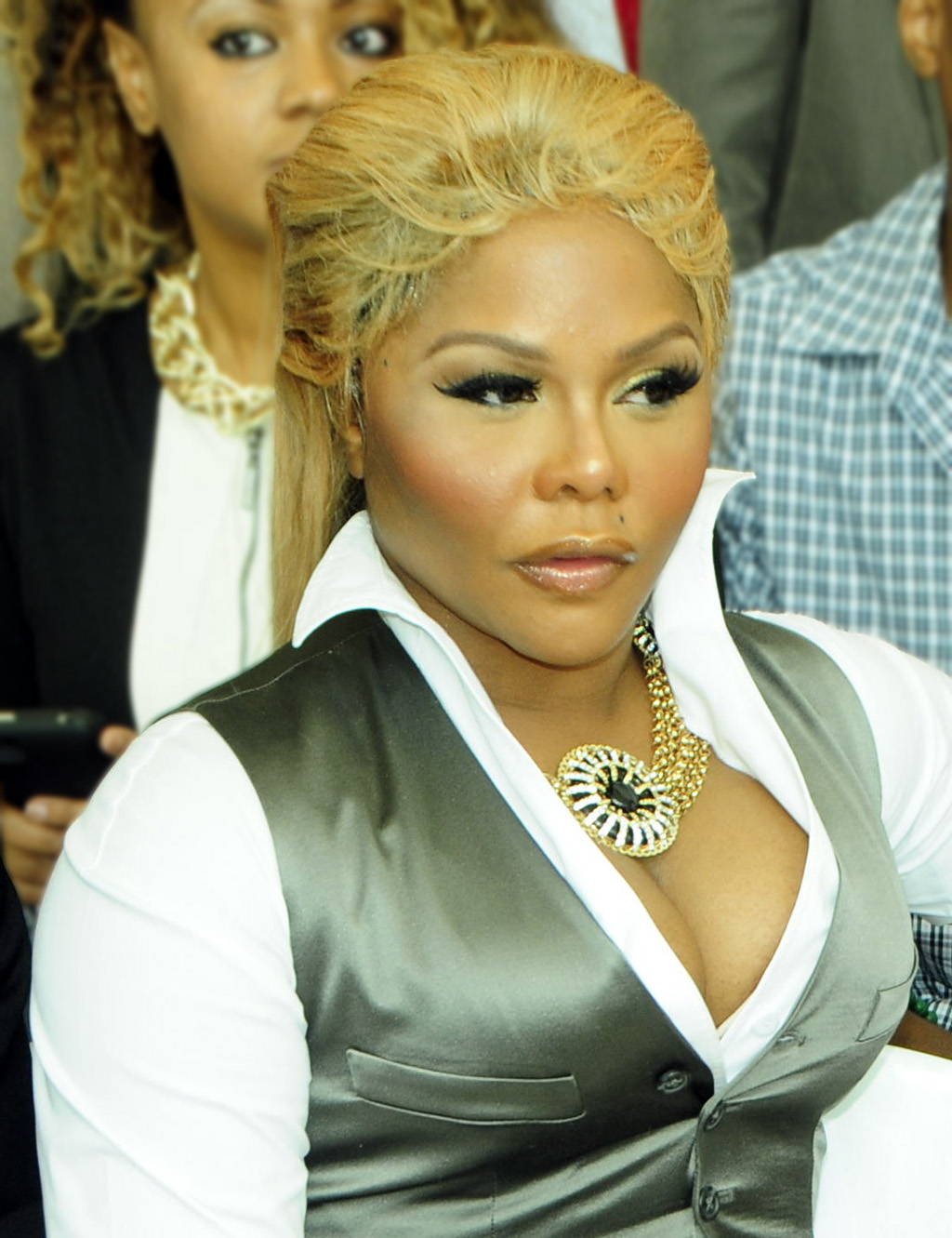 Kimberly Denise Jones is a rapper, model and actress best known by her stage name Lil’ Kim. She was born on July 11, 1974 in Brooklyn, New York to Ruby Mae and Linwood Jones, both from Trinidad. Her parents divorced when she was nine years old, and Jones and her brother Christopher lived with their father.  She attended Queen of All Saints Elementary School and Brooklyn College Academy, before dropping out in 1993. In 1994, Jones was invited to be the only female in the newly formed group Junior M.A.F.I.A. (Masters At Finding Intelligent Attitude), along with rappers The Notorious B.I.G., Lil’ Cease, Capone, Bugsy, MC Klepto, Chico Del Vec, Nino Brown, Larceny and Trife. Conspiracy, their debut album released in 1995, was certified gold, selling over 500,000 copies.

After signing a contract with Atlantic Records in 1996, Jones released her debut solo album, Hard Core, which sold more than six million copies worldwide. The remix of her track, “Not Tonight” (Ladies Night), with Da Brat, Left Eye Lopes, Angie Martinez, and Missy Elliott, was part of the soundtrack for the movie, Nothing to Lose (1997), and was nominated for a Grammy award and certified platinum.  She made her acting debut in 1997 in the movie, Gangstresses, and between 1998 and 2000, she modeled and toured for the clothing brands Versace, Baby Phat, Iceberg, and Candie’s.  The Notorious K.I.M. (2000) and La Bella Mafia (2003), her second and third albums, both sold over one million copies worldwide.

In 2008, Jones fourth album, The Naked Truth, was released. The album reached gold status, with its first single “Lighters Up” and did surprisingly well in Europe.  It reached no. 4 on the Finland charts, no. 12 on the UK charts, and no. 67 on the German charts. The documentary, Lil Kim: Countdown to Lockdown, was released in 2006 but two years later Jones announced that she left Atlantic Records. Jones continued to appear on other artists tracks, as well as in films and television shows, released several mixtapes, and toured through the U.S., Canada, and Europe. In 2019, Jones released her fifth studio album, 9, and received the “I Am Hip Hop” award at the BET Hip Hop Awards Ceremony.

Jones has lent her celebrity status to a number of philanthropic organizations including MAC (Make-up Art Cosmetics), AIDS Fund, United Way’s September 11 Fund, the Humane Society of New York, and the Rock The Vote campaign. She has also been a strong supporter of the LGBTQ+ community. In her youth, Jones was romantically involved with Christopher Wallace (The Notorious B.I.G.), and in 1996 was pregnant with his child, but decided to terminate the pregnancy. Jones has stated she is addicted to plastic surgery. She had her first had a nose job in 2003, after a violent relationship resulted in her nose being broken several times. Jones has had several runs-ins with the law, beginning in 1996 with her arrest for possession of marijuana, and in 2005, she was sentenced to one year in prison for three counts of conspiracy and one count of perjury. In 2014, Jones gave birth to her daughter, Royal Reign Jones Neil, whose father is rapper Mr. Papers/Jeremy Neil. Her memoir, The Queen Bee, was released in 2020.