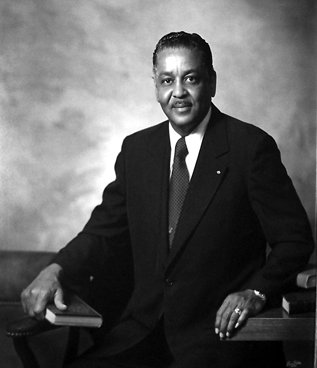 After the passing of the Voting Rights Act of 1965, Lightner was one of the first African Americans elected to political office. He promoted his business and community leadership as qualifications for a seat on the Raleigh City Council, which he won in 1967.  Lightner served on the City Council from 1967 to 1973.  In 1973 Lightner was elected mayor, defeating white businessman G. Wesley Williams.  Lightner was elected in the same year but just months before Maynard Jackson won the mayor’s office in Atlanta, Georgia.  Jackson’s achievement in a larger city overshadowed the historic significance of Lightner’s election.  Lightner became a charter member of the Southern Conference of Black Mayors, a parent organization of the National Conference of Black Mayors.

Elections for mayor in Raleigh are held every two years and Lightner, a Democrat, was its mayor from 1973 to 1975.  To date, Lightner has been the only African American mayor of Raleigh.  His election did draw some national attention because only 16% percent of the registered voters in Raleigh were black, and in the mid-1970s it was indeed rare for a majority of Southern white voters to elect an African American to any office. Even more surprising was that Lighter’s race was hardly mentioned in the campaign.

After serving one term as mayor, in 1977 Lightner was appointed by North Carolina Governor Jim Hunt to replace state Senator John Winters, after Winters resigned. Lightner served out the rest of Winter’s term, which amounted to about a year.

Lightner had served as chairman of the Board of Trustees at Saint Augustine’s College, and as a member of the Board of Trustees at North Carolina Central University for ten years.  From 1993 to 2001 Lightner was chair of the Southeast Raleigh Improvement Commission, during which time the commission completed the economic development study that is still the guideline used for developing southeast Raleigh, implemented the Small Business Success Program, and created the small business incubation program, which led to the opening of the Raleigh Business and Technology Program.

After suffering a long illness, Lightner died in Raleigh on July 8, 2002. He was 80 at the time of his death and was survived by his wife, Marguerite Massey Lightner, and three children, Clara Lightner Sharpe, Deborah Lightner Yancy and Bruce Lightner. He also had a son named Lawrence Lightner, who preceded him in death.