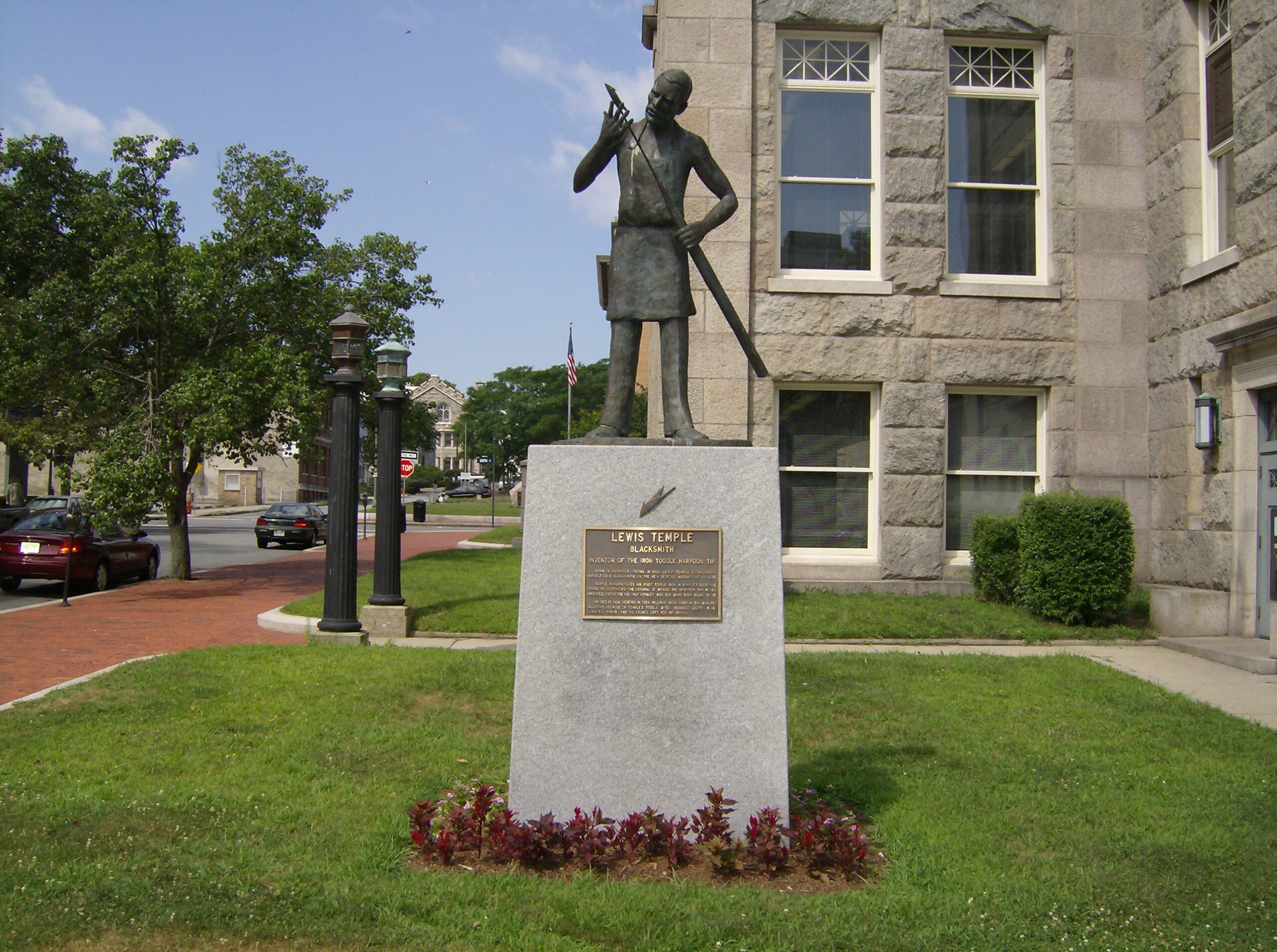 The invention of the fluted or barbed harpoon, which revolutionized the whaling industry, was the brainchild of Lewis Temple, an African American blacksmith and abolitionist born in 1800 in Richmond, Virginia. Historians have not determined whether or not he started life as a slave or escaped slavery and found his way north to New Bedford, Massachusetts as a free man, but it is generally agreed when he arrived there he was illiterate. Still, he was bright and resourceful and by 1836 had married Mary Clark, formerly of Maryland, had three children, and owned a whalecraft shop.

The success Temple had in Massachusetts could not have been imagined in his native Virginia, a slave-holding state, but in New Bedford where there was a sizable black population he prospered and found time to lend his energies to the anti-slavery movement, becoming vice president of the New Bedford Union Society. He assisted former slaves, probably including young Frederick Douglass, when he and his wife settled in a two-room home in New Bedford’s black neighborhood in the town’s West End. At age 47 Temple, along with three other black protesters, was arrested for “rioting” at the site of a pro-slavery lecture.

Not long after his arrest, in 1848 Temple employed his blacksmithing skills to manufacture an astonishing contribution to whaling worldwide. For the past millennium seamen had killed whales using sturdy spear-like harpoons, oftentimes with fluted or barbed tips, that were effective but begged improvement. Temple developed Temple’s toggle iron, a two two-piece harpoon that penetrated the whale’s body and, unlike all previous designs, allowed the fluted part to pivot on an axle by ninety degrees (i.e., ‘toggle’), thereby making it all but impossible for the whale to break free from the harpoon. The whale could then be killed with a lance. Temple’s more efficient design may have been influenced by a similar design long used by Eskimos, but his toggle iron was soon universally popular and remained in use until the 1950s. Ironically, Temple never went to sea.

Though he failed to patent his invention, Temple lived comfortably. He had a maintenance contract with the city of New Bedford, got involved in local temperance politics, and built a larger whalecraft shop on the waterfront. Several months after suffering a pedestrian accident that impaired his health, Temple died on May 18, 1854. In his honor, today a life-size statue of Lewis Temple examining his creation is on a pedestal outside the New Bedford Free Public Library.