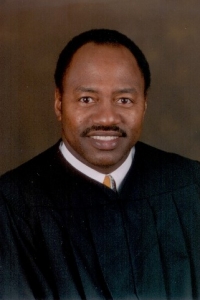 David B. Lewis
Fair use image

Judge Lewis has been recognized for his work in the legal community and the public with many awards and other forms of public recognition. In 2004, he served as the president of the Oklahoma Judicial Conference. He serves on the Board of Directors for Goodwill Industries of Lawton, the Lawton Chamber of Commerce, and the Black Achievers Program. He is also Chairman on the Board of Reach Out and Read Oklahoma. Lewis also participated with the Oklahoma Justice Commission, the Oklahoma Bar Association Professionalism Committee, and Oklahoma Bar Association National Mock Trial Task Force.  In 2008, he was also chosen to be a fellow for the Henry Toll Fellowship Program of the Council of State Governments. This program emphasizes leadership development for state government officials across the United States.

Judge Lewis is married to Sharon Lewis, and they have two children.