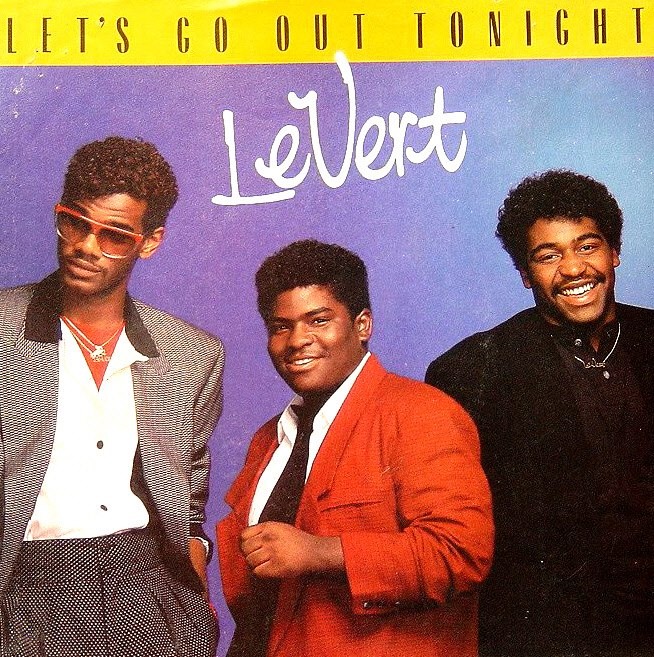 LeVert was a popular R&B group composed of Marc Gordon (1964-2010), Gerald Levert (1966-2006) and Sean Levert (1968-2008). Sean and Gerald were sons of Eddie LeVert, the popular lead singer and founder of the R&B group The O’Jays. Influenced by their father’s illustrious career in soul and R&B music, the LeVert brothers, growing up in Shaker Heights, Ohio, decided to form their singing group in 1983.

Marc Gordon was born on September 8, 1964, in Cleveland, Ohio. Gerald LeVert was born July 13, 1966, and Sean was born September 28, 1968, both in Canton, Ohio, to Eddie LeVert and Martha LeVert. The group’s first single, “I’m Still,” was released in 1984 on the Tempre Records label. Their debut album, I Get Hot, was released later that year. Their second album, Bloodline, was release the following year in 1986 and featured the single “(Pop, Pop, Pop) Goes My Mind” which rose to no. 1 on the R&B chart.

In 1987 the group released their album The Big Throwdown which became an even greater success due to the popularity of their R&B hit “Casanova,” which reached no. 1 on the Billboard R&B chart and no. 5 on the Billboard pop chart. It also rose to no. 9 on the U.K. Singles Chart.  “Casanova” was the group’s only top 10 on both charts.

Their hit was quickly adopted by Hollywood filmmakers. “Casanova” was featured in Whoopi Goldberg’s film Fatal Beauty (1987) and was part of the 1987 soundtrack for the film The Pick-Up Artist starring Robert Downey Jr. and Molly Ringwald. Additionally, “Casanova” also was popularized by the New Orleans Rebirth Brass Band.

Gerald LeVert went on to make solo music as well as music with the singing group LSG, which included LeVert, Johnny Gill, Keith Sweat, and Eddie LeVert. The group LeVert was also credited with “discovering” and promoting other popular Cleveland R&B groups that emerged on the R&B scene in the 1990s including The Rude Boys, Men at Large, and The Girls.

Gerald LeVert died on November 10, 2006, at the age of 40. The cause of his death was an accidental overdose of prescription medicine. Sean LeVert passed away 16 months later, on March 30, 2008, at the age of 39. It was later determined that his death was the result of a medical emergency that required certain medications while Sean was jailed due to unpaid child support. It was reported that prior to Sean’s passing he experienced hallucinations and other symptoms due to anxiety. Following the untimely passing of his friends and fellow group members, Marc Gordon launched Saving Our Entertainers Lives (S.O.E.L.), a nonprofit, to provide awareness of the dangers of abuse and misuse of prescriptions drugs among entertainers.