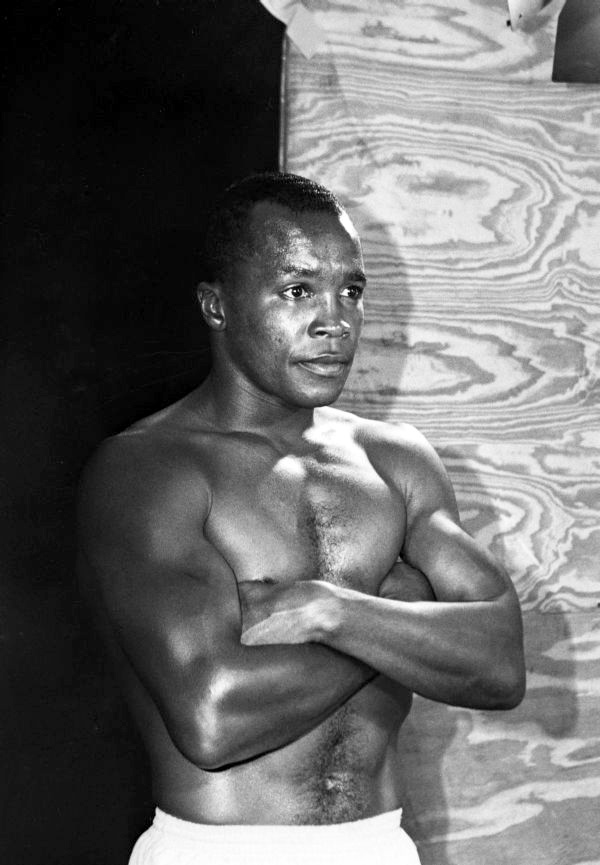 Ray Leonard was born on May 17, 1956 in Wilmington, North Carolina. At age 20 he captured a gold medal in the 1976 Olympics in Montreal. Exceptionally fast with his fists and quick on his feet, the charismatic youngster turned professional and immediately became one of the sports biggest draws with his crowd pleasing style.

Adopting the name “Sugar” in tribute to Sugar Ray Robinson, Leonard captured his first title when he defeated WBC welterweight champion Wilfred Benitez in 1979. He won 22 fights before suffering his first professional defeat to Roberto Duran in June 1980 when he attempted to stand toe to toe and slug it out with his more experienced opponent. Five months later he regained the title from Duran by changing his tactics and relying upon his superior boxing skills, frustrating his opponent so badly that the latter quit in the middle of the eighth round.

In 1981 Leonard moved up in weight and added the Junior Middleweight title by defeating Ayube Kalule, and later that year unified the welterweight title with a 14-round TKO of the highly regarded Tommy Hearns. He then retired for the first time in 1982 after suffering a detached retina.

Leonard briefly returned two years later to fight Bruce Finch, but his TKO victory was so unimpressive that he promptly retired a second time. He reemerged three years later and shocked the boxing world by winning a majority decision over the heavily favored middleweight champion Marvin Hagler on April 6, 1987. He then moved up in weight again and secured the WBC Light Heavyweight title from Donny Lalonde with a TKO victory in November 1988.

Leonard returned to the ring too often later in his career after his lightning quick reflexes had declined.  He lost to a much quicker Terry Norris in February of 1991, and then suffering an embarrassing technical knockout loss six years later in March of 1997 to Hector Comacho, before finally retiring for good at age 40 with an overall career record of 36 wins, 3 losses, and 1 draw. Sugar Ray Leonard was inducted into the International Boxing Hall of Fame in 1997.