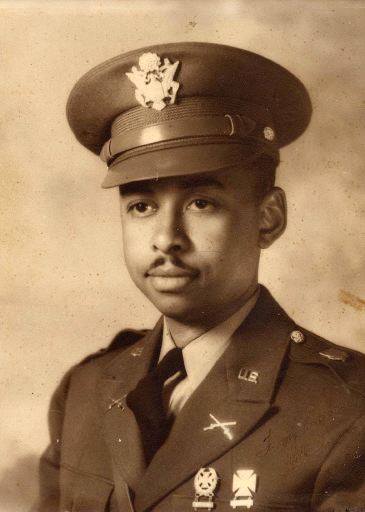 Lemuel Augustus Penn Sr. was the assistant superintendent of the District of Columbia (D.C.) public schools, a lieutenant colonel in the United States Army, and a decorated veteran of World War II. He was born in Washington, D.C. on September 19, 1915, to Henry Penn, a laborer at the Interior Department and Ruth B. Penn, a homemaker. Penn had one sister, Inez, who was three years younger. He attended Howard University and taught in the D.C. school system for twenty years. He also completed twenty-two years of service with the United States Army and Army Reserves, from 1942 to 1964. During World War II, he served in New Guinea and the Philippines campaigns and was awarded a Bronze Star for bravery.

On July 11, 1964, Penn and two other African American officers who were also World War II veterans, Charles E. Brown and John D. Howard, were returning home to Washington, D.C. from Fort Benning, Georgia. It was shortly after 3:30 a.m. when the three veterans arrived in Athens, Georgia. Penn had taken over the driving duties when his traveling companion, Brown, began to feel fatigued. Penn had mapped out a shorter route saving ten minutes from Athens to nearby Hartwell. Penn did not notice a cream-colored Chevy II station wagon following them as they turned onto Georgia Highway 72 and moved northward out of town. The officers were followed to the Broad River Bridge where Ku Klux Klan (KKK) members fired shots into Penn’s vehicle. Penn was shot and killed.

Three suspects, Howard Sims, Cecil Myers, and James Lackey, were arrested, charged with the murder of Penn, and then tried. A local Athens, Georgia jury failed to convict the suspects of murder. The federal government, however, successfully prosecuted the men for violations of Penn’s rights under the Civil Rights Act of 1964, passed nine days before his murder. Penn’s case led to the creation of a Justice Department task force to investigate these types of racially motivated crimes and helped influence the passage of the Civil Rights Act of 1968. Penn’s widow, Georgia Penn, pointed out the irony of her husband being able to survive combat in World War II, but not survive peacetime travel in his own country.

Penn was survived by his wife, Georgia Cornelia Fountaine Penn (whom he married on April 12, 1941) and three children, Linda 13, Sharon 10, and Lemuel Jr 5. On July 22, 1965, one year after her husband’s death, Georgia Penn died at George Washington University Hospital, apparently from a rare form of arthritis, leaving the three Penn children without either parent. Lieutenant Colonel Lemuel Augustus Penn is buried at Arlington National Cemetery in Arlington, Virginia.