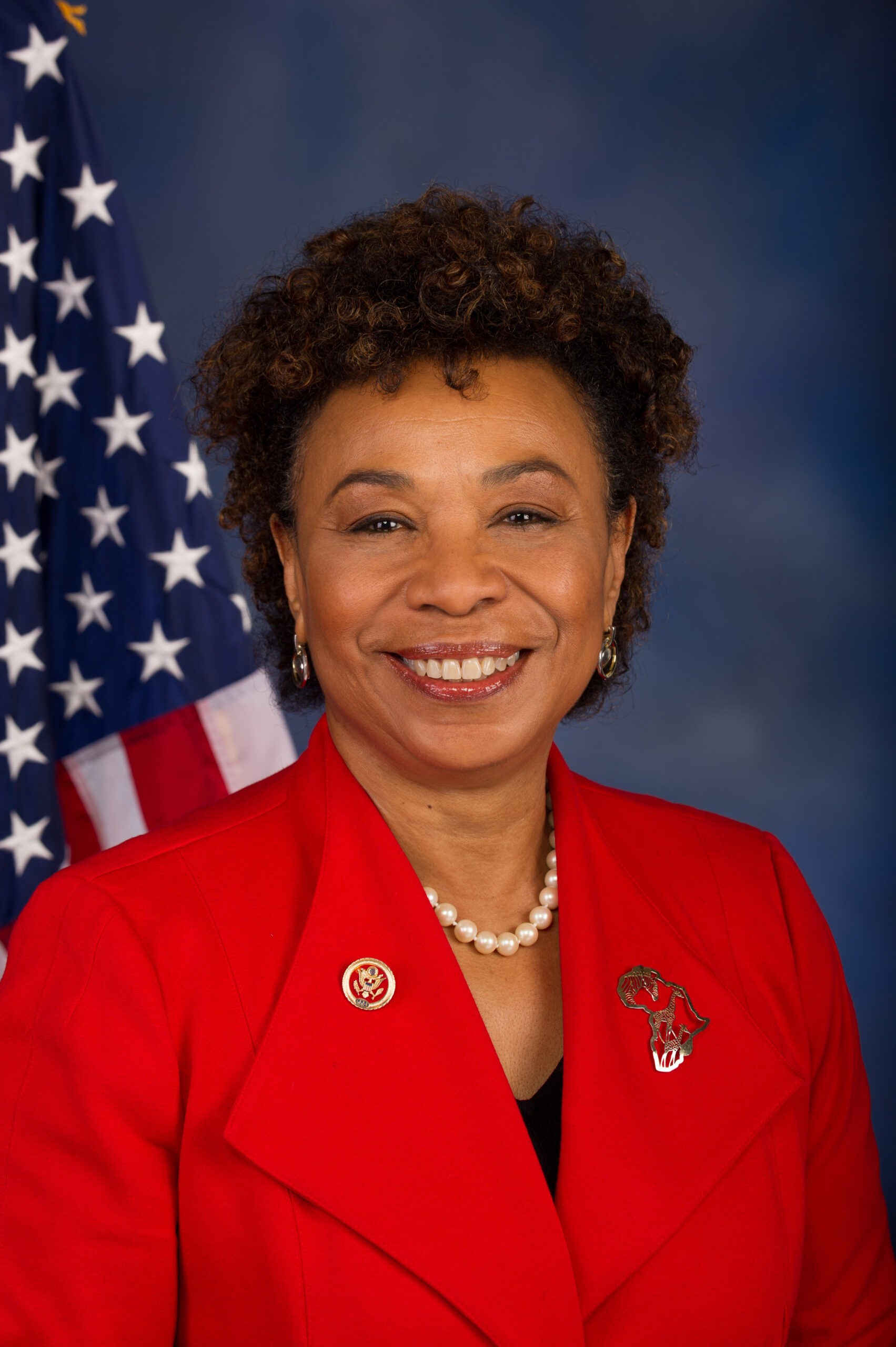 California Congresswoman Barbara Jean Lee, a self-described “Army brat,” has consistently been one of the most outspoken critics of the Iraq War.  She has also called for the creation of a Department of Peace as a cabinet level agency in the federal government.

Barbara Jean Lee was born on July 16, 1946 in El Paso, Texas.  In 1960 she moved to Los Angeles, California following the reassignment of her parents who were in the military.  Lee graduated from San Fernando High School in San Fernando, California in 1964 and enrolled in Mills College in Oakland.  Lee, a single parent raising two children, also got involved in the local civil rights movement.  She volunteered for the Black Panther Party’s Community Learning Center in Oakland in 1968.  She also worked on the Oakland mayoral campaign of Black Panther Party co-founder Bobby Seale in 1973.  After receiving her B.A. from Mills College in 1973 she entered the University of California, Berkeley where she received a Master’s in Social Work in 1975.

Later that year Lee joined the staff of United States Representative Ron Dellums of California.  She remained with the Congressman until her election as a member of the California State Assembly in 1991.  In 1997 Lee won a California State Senate seat.  She held the seat less than one year, deciding instead to be a candidate in a special election to Congress to fill the seat left vacant by Ron Dellums’ resignation.  Lee, a Democrat, was easily elected to the Ninth District seat which includes Berkeley and part of Oakland.

Barbara Lee became well known for her controversial vote on the September 18, 2001 bill commonly known as the “Authorization for Use of Military Force Against Terrorists” which was passed immediately in the aftermath of the attacks on the World Trade Center in New York and the Pentagon in Northern Virginia.  Lee was the only member of Congress to vote no on the bill.  She chose to do so, because she believed the bill granted broad powers to wage war to the President when all the facts regarding September 11th were still unclear.  She also stated on the House floor on September 15, 2001, “I am convinced that military action will not prevent further acts of international terrorism against the United States … There must be some of us who say, ‘Let’s step back for a moment and think through the implications of our actions today — let us more fully understand the  consequences.'” After the vote Lee was called a “communist” and a “traitor” and received death threats which required her to receive police protection at her home.

In April 2006, Lee was one of five members of Congress arrested, along with six other anti-genocide activists who were arrested in front of the Sudanese Embassy in Washington, D.C. as they protested the ongoing genocide in that nation’s Darfur region.  Lee, a supporter of abortion rights and gay rights, is considered one of the most liberal and outspoken members of Congress.  She continues to represent the Ninth District of California.