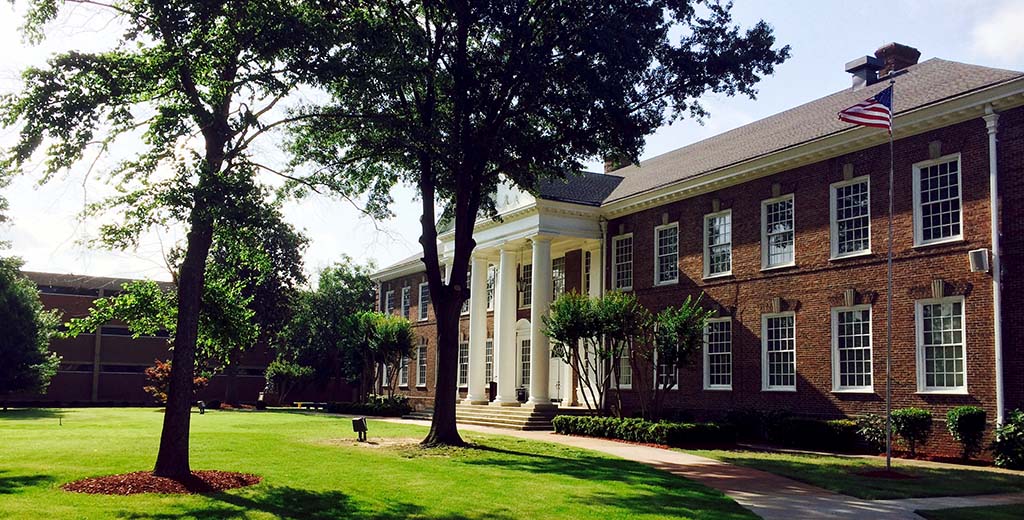 LeMoyne-Owen College is a private, historically black, four year, co-educational, liberal arts institution located in Memphis, Tennessee. It is affiliated with the United Church of Christ. The institution can trace its roots back to 1862, when the American Missionary Association (AMA) sent Lucinda Humphrey to Camp Shiloh to open an elementary school for freedmen and runaway slaves shortly after federal troops, commanded by Ulysses S. Grant, occupied West Tennessee. In 1863, the school then known as Lincoln Chapel, was moved to Memphis, but was destroyed by fire in 1866 during the anti-black race riots following the withdrawal of federal troops.

Lincoln Chapel was rebuilt in 1867 and reopened with six teachers and 150 students. After three difficult years during which the school experienced financial difficulties, Dr. Francis J. LeMoyne, a Pennsylvania physician and abolitionist, donated $20,000 to the AMA to build an elementary and secondary school for prospective teachers. The AMA allocated the money for Lincoln Chapel which was renamed LeMoyne Normal and Commercial School in 1871. LeMoyne visited the school in 1871 where he personally donated the clock for the institution’s clock tower. In 1914 the school moved from Orleans Street in Memphis to its present location on Walker Avenue.

LeMoyne became a junior college in 1924, a four-year college in 1930, and was chartered by the State of Tennessee in 1934. Planning for Owen College was begun in 1947 by the Tennessee Baptist Missionary and Educational Convention, and the school was opened as S.A. Owen Junior College in 1954. In 1968 the two schools merged to become LeMoyne-Owen College.

Today, LeMoyne-Owen College occupies a fifteen acre campus in Memphis. Recent statistics show the school’s enrollment to be around 700 students from 15 states and five foreign countries. There are approximately 70 full time faculty members. LeMoyne-Owen is fully accredited by the Southern Association of Colleges and Schools, and is a charter member of the United Negro College Fund. LeMoyne-Owen offers bachelor of arts, bachelor of business administration, and bachelor of science degrees in 22 majors. The college is on a semester schedule and serves both resident and non-resident students, with approximately 25% of the student body living in on-campus housing.