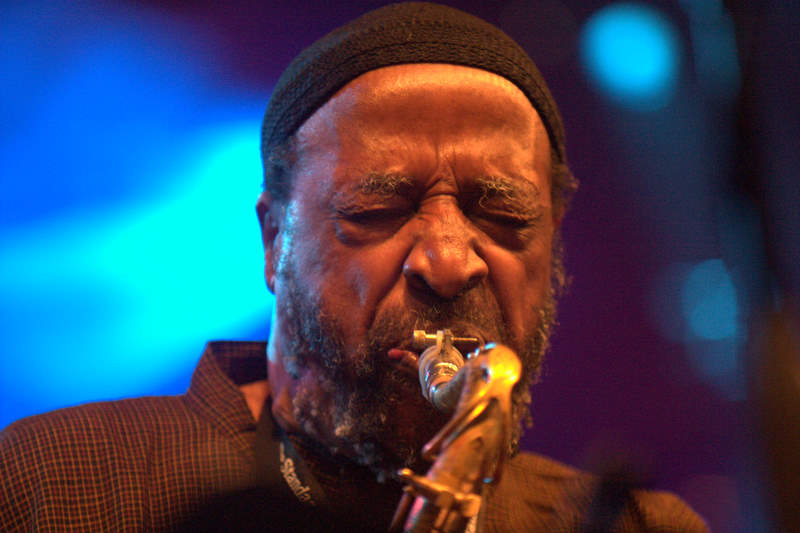 For over six decades Dr. Yusef A. Lateef was a major developer in the international improvisational musical field. A saxophone and flute virtuoso, his early success in the blues and jazz fields led him to push himself beyond educational barriers, becoming a contemporary renaissance artist in performance, music composition, and music theory. He also painted, wrote poetry, and published several books of fiction. In 2006 Lateef published his autobiography, The Gentle Giant, which was a candid look at the life of a working musician.

Lateef embraced a deep conviction to strive for world peace and for communication across cultural borders. While performing he persisted in furthering his education and earned Masters and Doctoral degrees in music. This led to continual teaching and developing methods that influenced generations of musicians from around the globe. His collaboration with these musicians eventually helped craft a new genre called World Music.

Born October 9, 1920 in Chattanooga, Tennessee to William and Eva Huddlestone, Lateef and his parents moved to Detroit when he was five.  There the parents changed their family name to Evans.  Lateef grew up as William Evans in the Paradise Valley section of Detroit. His parents separated and his father raised him in the apartment they shared above a movie theatre.  Lateef indicated that his love of music began when he lived there.

Lateef sold newspapers for six years, raising enough to pay half the cost of a tenor saxophone he shared with a friend. By 1938 he joined the first of various musical groups including Lucky Millender’s swing band and then the Dizzy Gillespie Orchestra in 1948. That same year he adopted Islam through the Ahmadiyya movement, changing his name to Yusef Abdul Lateef.

Moving various times between Detroit and New York, Lateef developed and led a series of jazz groups and in the process built an international reputation for innovation on the sax, flute, and oboe.  By the 1950s he toured widely in America, Europe, the Near East, and Africa, developing what he called “autophysiopyschic” music which he said originated with one’s physical, mental, and spiritual self. This led to incorporating unusual instruments and modal concepts. Lateef received a Ph.D. in music in 1975 from the University of Massachusetts, Amherst.  He later taught there and at five other colleges and universities. In the period between 1981 and 1984 Lateef lived in Nigeria where he researched music and taught.

In 1985 his album “Yusef Lateef’s Little Symphony” won a Grammy Award for the artist for the first time.  By 1992 he had recorded over 100 albums under his name with various labels.  That year he also founded YAL Records. In 2007 Lateef was celebrated as Artist of the Year at the University of Massachusetts, Amherst. Three years later in 2010 he was awarded the title Jazz Master by the National Endowment for the Arts.

Well into his nineties, Lateef remained professionally active, continuing to perform several of his newest compositions. Yusef Lateef died December 23, 2013 at his home in Asbury, Massachusetts. He is survived by his wife Ayesha, a son Yusef, granddaughter, and great grandchildren.