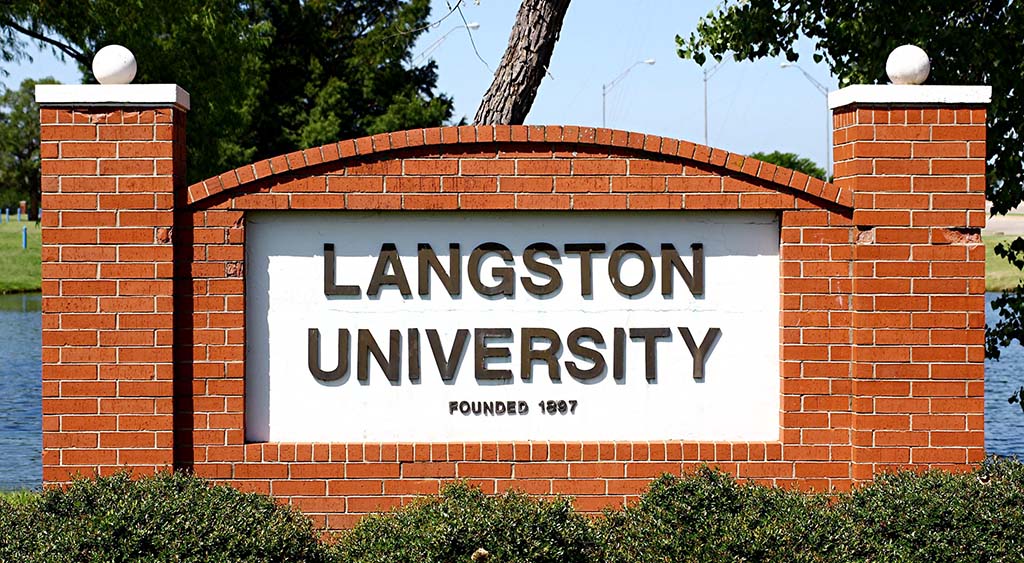 In March 1897 the Oklahoma Territorial Legislature created a land grant college to train African American teachers, calling it the Colored Agricultural and Normal University. Classes opened in the fall of 1898 in a church in the town of Langston.  Langston had been founded in 1890 as part of an African American movement to establish towns in the territory where they could live without harassment. The founders named their town for John Mercer Langston, a black Oberlin graduate whose political career included a stint in the Freedmen’s Bureau, a seat in Congress, an ambassadorship, and administrative positions at Howard University. Early Langston residents lobbied for a college, and although the Colored Agricultural and Normal University would not officially adopt the name until 1941, it was popularly known as Langston University.

Started on a shoe-string budget, the college wrestled with money problems that it would not resolve until the last years of the twentieth century. State appropriations were meager and the public lands dedicated to the school’s support were rarely productive enough to bring much income. College enrollment was low and many of Langston’s students were in fact in the institution’s elementary and high school programs. The presence of primary and secondary schools facilitated the college’s teacher training mission but it also weakened the institution’s academic reputation, which in turn, reduced college-level enrollment. Langston eliminated the elementary school before World War II but it continued to admit high school students until 1946. Early college presidents promoted industrial training which often led to college students and high school students enrolling n the same classes. Students sometimes complained that their teachers were only marginally more qualified than their classmates.

The college’s dual roles in high school and higher education made accreditation difficult to achieve. Although the Oklahoma State Board of Regents accredited the school in 1929, regional accreditation remained out of reach for nearly twenty years. The North Central Association of Colleges and Secondary Schools denied Langston accreditation until 1948, citing a high student to faculty ratio and a relatively low number of professors with PhDs.

Langston’s problems would not end with accreditation, but the 1970s were a turning point for the college. In the 1970s student activism prevented the state from closing the school or significantly cutting its funding. At the end of the 1970s Dr. Ernest Holloway began his tenure as Langston University’s longest serving president. Holloway oversaw a growing endowment, increased enrollment, expanded academic offerings, and the development of extension campuses before retiring in 2005. He left a college with nearly four thousand enrolled students (roughly half of whom were African American) and strong programs in education and health related fields.