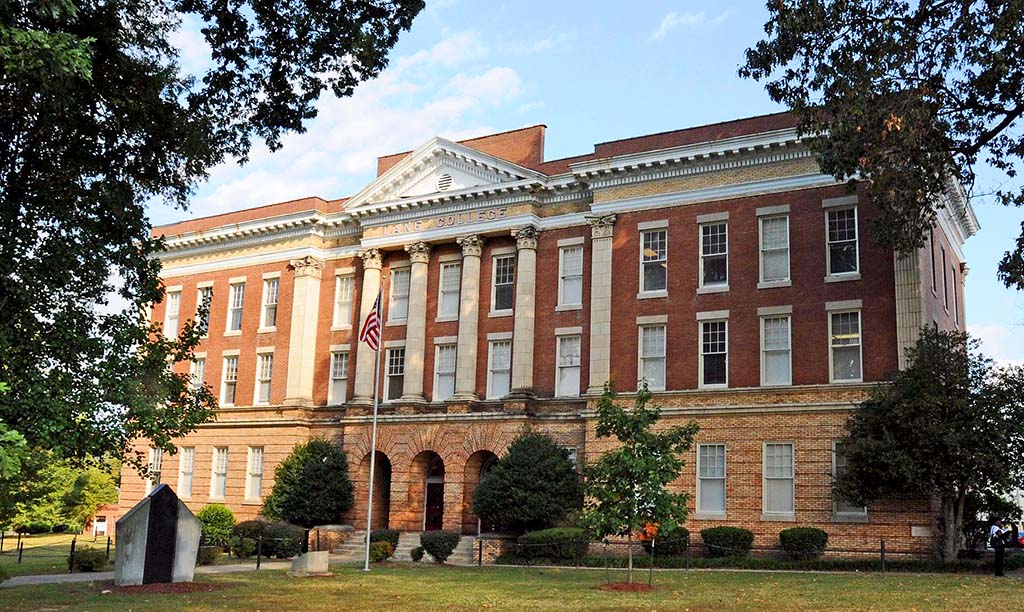 The idea of Lane College came in 1878 when Reverend J.K. Daniels presented a resolution to establish a school at the Tennessee Annual Conference of the CME Church held in the Capers Chapel C.M.E. Church in Nashville. The school originally opened in November 1882 as the C.M.E. High School with Jennifer Lane, daughter of Bishop Lane, as its first teacher. On June 22, 1884, the school changed its name to the Lane Institute after it was chartered under the laws of the State of Tennessee, and expanded its curriculum to focus on preparing ministers and teachers. In 1887, the first class graduated from Lane Institute. That year also saw the appointment of Reverend T.F. Saunders as the school’s first president.

In 1896, Lane Institute developed a College Department and broadened its curriculum by including courses in the classics, natural and physical sciences, as well as in mathematics. The Board of Trustees also decided to change the name of the institution to Lane College to better reflect the growth of the curriculum.  In 1907, James Franklin Lane, the son of Bishop Lane was elected as president of the institution. Under the tenure of President Lane, the college improved its facilities and attracted the attention of various philanthropic organizations. Lane College was approved by the Southern Association of Colleges and Secondary Schools in 1936 and gained full membership in 1961.

While many Historically Black Colleges and Universities (HBCUs) have struggled to remain open, Lane College has prospered and continues to grow. The college has gone through several renovations and the Lane College Historic District, comprised of several of the original buildings, was given the designation of a historic landmark by the U.S. Department of the Interior in 1988. In addition, the campus has expanded to cover over 25 acres.

Lane College’s enrollment now stands at slightly over 1,800. The college offers undergraduate programs leading to a Bachelor of Arts or Science degree. The number of males enrolled at the institution has begun to outnumber the number of female students at the school, making it one of the few institutions in the entire nation with this enrollment trend.