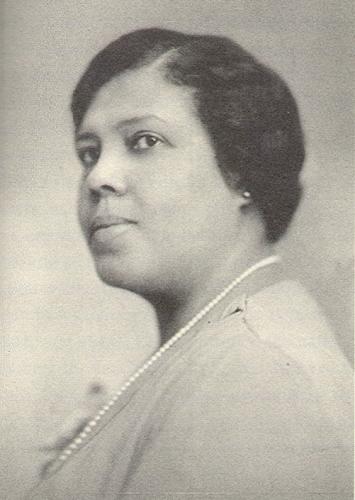 Born August 9, 1884 in Reading, Pennsylvania, Daisy Lampkin became one of the most highly-acclaimed African American women of her time. While Lampkin is best known for becoming the first woman to be elected to the national board of the NAACP, she spent much of her life rallying for racial and gender equality.

Lampkin’s social and political activism began shortly after graduating from high school. After migrating to Pittsburgh, Lampkin worked as a motivational speaker for housewives and organized women into consumer protest groups. In addition, as an active member of the Lucy Stone Women’s Suffrage League and the National Suffrage League, Lampkin rallied for women’s right to vote. Understanding the challenges specific to African American women, she also became involved with the National Association for Colored Women (NACW), and was later named national organizer and chair of the executive board.

Due to Lampkin’s exceptional activism for African Americans, she was profiled in the Pittsburgh Courier in December of 1912. In response, Lampkin became a strong advocate of the Courier and even received a cash prize in 1913 for selling the most subscriptions. After several years of investing time and money to this newspaper, Lampkin was elected vice-president of the Courier Publishing Company in 1929.

For over thirty years, Lampkin was an enthusiastic member and officer for the NAACP. Between 1930 and 1964, she served as an officer for three consecutive terms. Lampkin began as a regional secretary (1930-1935), than served as the national secretary (1935-1947), and lastly, as a member of the board of the directors (1947-1964). Throughout her years of service with the NAACP, Lampkin increased membership and gave speeches throughout the United States. In addition, she continued to rally for voting rights, becoming vice-chair for both the Colored Voters Division of the Republican Party and the Negro Voters League of Pennsylvania.

Decades of rallying for social, political, and gender equality took its toll on Lampkin’s physical health and she suffered a stroke in 1964. After spending her entire adult years advocating for equality, Lampkin retired to her home. In December of 1964, she was honored with the Eleanor Roosevelt-Mary McLeod Bethune World Citizenship Award from the National Council of Negro Women for her dedication to racial and gender equality. After giving over fifty years of her life to the struggle for African American equality, Lampkin passed away on March 10, 1965.