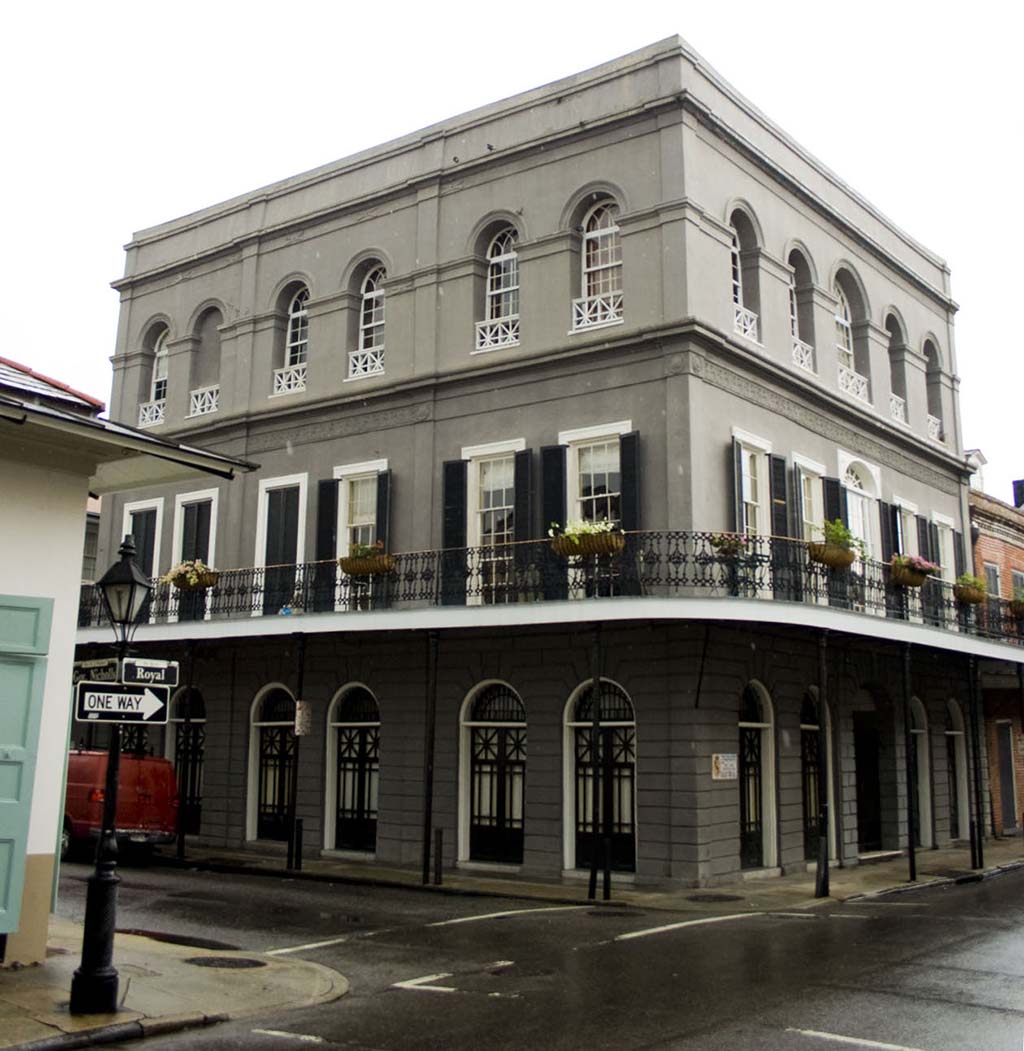 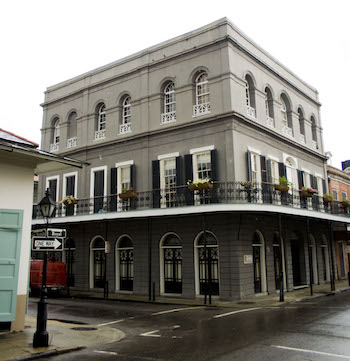 The LaLaurie Mansion, located at 1140 Royal Street, New Orleans, Louisiana, is famous as the site of the torture and murder of a number of enslaved people owned by Marie Delphine Macarty who was commonly known as Madame LaLaurie. In 1832 Lalaurie, a New Orleans socialite, and her third husband, Dr. Leonard Louis Nicolas LaLaurie, built the three-story structure to house their family including two children.

As was the custom in New Orleans at that time, enslaved blacks were kept in attached quarters. The LaLaurie slaves were kept in horrid conditions, even by the standards of slave treatment, and usually were half-starved. Despite their treatment, Madame LaLaurie was known in public to be polite to black people, and court records show that she manumitted two of her slaves. Regardless, rumors spread of the family’s mistreatment of their slaves, prompting an official investigation in 1832. A local attorney went to the mansion to investigate allegations of mistreatment of the LaLaurie slaves. He found no wrongdoing.

Stories of mistreatment persisted, however, including accounts that were shared with Harriet Martineau, the prominent nineteenth century English writer who visited the city in 1833. One account describes Madame LaLaurie as becoming enraged when a twelve-year-old slave girl named Leah accidentally hit a snag while combing LaLaurie’s hair. LaLaurie chased the girl around the room with a whip until the child leaped off the balcony to her death. Leah was buried behind the mansion grounds, and LaLaurie was found guilty of cruelly abusing her slaves and forced to forfeit her nine remaining bondspeople. The slaves were taken away and scheduled to be sold at a public auction, but LaLaurie persuaded a relative to purchase the enslaved workers and return them to the mansion.

On April 10, 1834, a fire broke out in the kitchen of the LaLaurie Mansion. When the police and fire marshals arrived, they found a seventy-year-old woman, the family cook, chained to the stove. She later confessed that she intentionally had set the fire as a suicide attempt because she feared Madame LaLaurie intended to take her to the torture room as punishment. The cook claimed that anyone taken upstairs to the room never came back. This account, reported in the local press, led bystanders the next day to demand that the torture room be inspected. When the LaLauries denied them entrance, they broke down the doors and found seven mutilated slave bodies. Some were hanged, others were stretched at their limbs, and still others were missing body parts. One surviving old slave woman had a wound on her head that left her too weak to walk.

When the discovery of the torture room became widely known, a mob attacked the LaLaurie Mansion. The surviving slaves were rescued and brought to a local jail for a macabre public viewing by more than four thousand New Orleans residents. Investigators later found several bodies, including one child, buried throughout the mansion grounds.

Madame LaLaurie and her family escaped the mansion just before the mob took control of it.  What they did for the next fifteen years is unclear. It is known is that Marie Delphine Macarty LaLaurie died in Paris, France, on December 7, 1849. The mansion that LaLaurie lived in now is a landmark of the French Quarter in New Orleans.