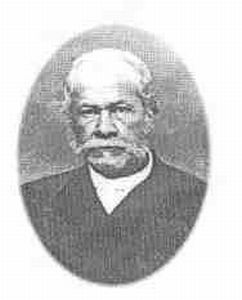 The New Orleans Tribune was the first African American daily newspaper in the United States. Started in 1864 by Charles Louise Roudanez the Tribune was notable in that it was bilingual. Articles were written in both French, for the majority of African Americans in Louisiana, and English, in order to bring the newspapers opinions to the attention of policy makers in Baton Rouge and Washington, D.C. In order to publish in French and English, the Tribune had two full time editors, Paul Trevigne and Jean Charles Houzeau.  Both men were considered politically liberal and on occasion radical for the changes they proposed for Southern society and because they supported universal black male suffrage.

The Tribune supported the aspirations and interests of the free black community of New Orleans in the final year of the American Civil War and the early years of Reconstruction.  The editors supported what would eventually be known as Congressional Reconstruction and proposed, among other things, that the South’s plantations be divided and given to the former slaves.  The Tribune also promoted the right of African American children to access public education and the right of newly freed farm workers to decent wages and working conditions.

The Tribune gained national recognition because of its editorials and because its editors sent free copies of the paper to major Northern newspapers and to every member of Congress where its editorials were often quoted on the floor of the U.S. Senate or U.S. House of Representatives.  The Tribune reached the pinnacle of its national influence when radical Republicans were swept into office and controlled Congress for the next two years.  The Republican Party in Louisiana was also in ascendancy during this period and its leaders were influenced by this New Orleans newspaper.

With Republican dominance assured in Louisiana, the Party split into moderate and radical factions.  The Tribune’s editors mirrored that split.  Roudanez supported the radicals while Jean Charles Houzeau sided with the moderates.  Houzeau eventually quit the Tribune because of his differences with Roudanez.  Yet Roudanez’s allegiance to the radical Republicans cost him the support of many moderate black Republicans who cancelled their subscriptions.  Without readership the Tribune lost both income and influence.  By late 1868 it closed its doors.