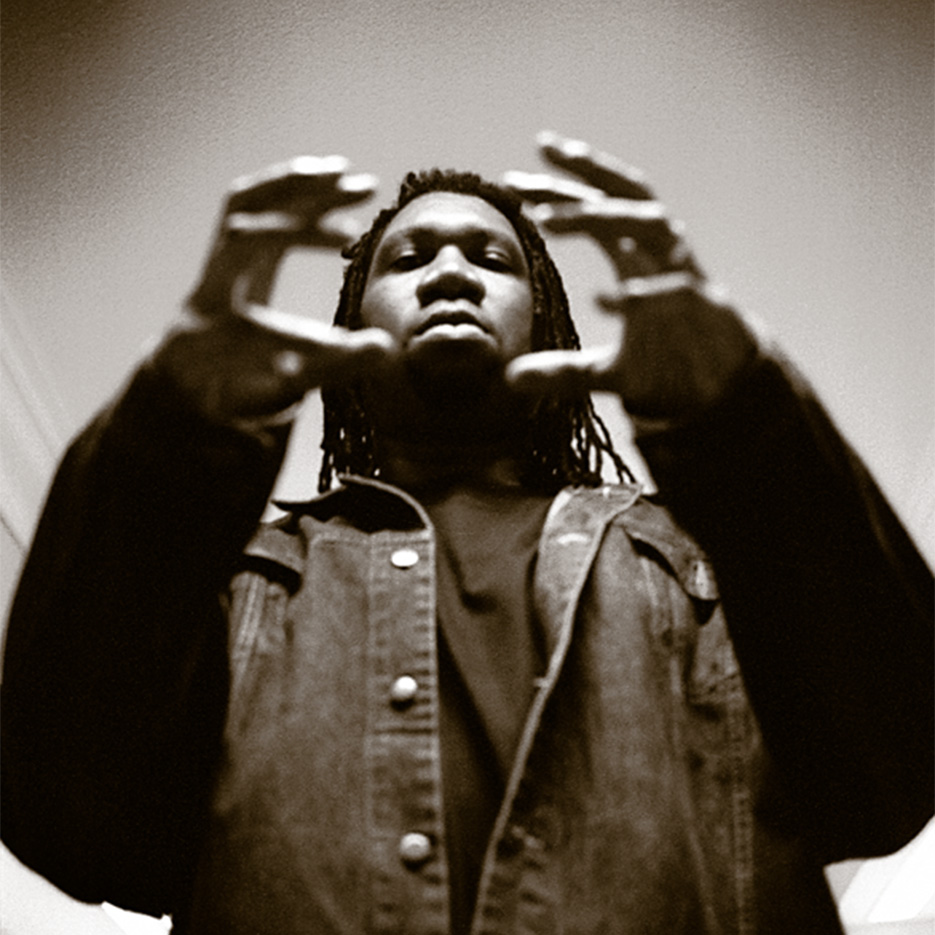 KRS-One, MC (Master of Ceremonies) producer, philosopher, and activist was born on August 20, 1965 to Jacqueline Jones and Sheffield Brown in South Bronx, New York City, New York. KRS’s mother was a secretary while his father, who worked as a handyman, was deported to his native Trinidad when KRS was an infant. When his mother remarried in 1970 and had two more children, a son and a daughter, KRS took the new family name and became Lawrence Kris Parker.

Growing up in poverty, KRS left home in his early teens and lived on the streets of the Bronx as hip-hop culture began to emerge. He ended up at the Franklin Avenue Armory Shelter in the Bronx where he met a social worker named Scott Sterling, a.k.a. Scott La Rock. Scott, already an experienced DJ, connected immediately with KRS who had developed an identity as a graffiti writer that signed “KRS-ONE” (Knowledge Reigns Supreme Over Nearly Everyone).

In 1984 Scott La Rock, KRS, and two other rappers collectively became Scott La Rock & the Celebrity Three and released a song called “Advance.” At a time when most rappers were making party songs, “Advance” discussed nuclear war prevention. Soon after, Scott and KRS formed their own group, The Boogie Down Crew, in honor of their borough’s nickname, the “Boogie Down” Bronx.

The Boogie Down Crew soon recognized the value of producing their own music and subsequently changed the group’s name to Boogie Down Productions. BDP’s first album Criminal Minded (1986) ushered in a new strain of rap music which brought consciousness to the violent realities of life on urban American streets with songs like “9mm Goes Bang” and “South Bronx.” The cover featured KRS-One and Scott La Rock pictured with numerous guns and rounds of ammunition.  During the same period, Boogie Down Productions engaged in the first high-profile feud between rap artists when they clashed with a Queens-based duo, DJ Marley Marl and MC Shan. Ironically, Scott La Rock was shot in killed in 1987 as he attempted to intervene in a dispute unrelated to the feud between the groups.

In the aftermath of Scott’s death BDP released By All Means Necessary in 1988. This cover showed KRS peeking out of a window with an Uzi in one hand, an apparent homage to an iconic picture of Malcolm X from the 1960s. The album discussed stereotypical imagery in rap (“My Philosophy”), safe sex (“Jimmy”), corruption in law enforcement (“Illegal Business”), hip-hop as a teaching tool (“T’cha-T’cha”), and violence in hip-hop (“Stop the Violence”).

By the end of the decade of the 1980s KRS-One had emerged as the first hip-hop public intellectual when he was invited to lecture at Harvard, Yale, Stanford, Columbia and NYU on the rise of rap music. Expanding on his song title, KRS created the Stop the Violence Movement and produced the all-star collaborative anti-violence song “Self Destruction” (1989). He also provided theme music for Keenen Ivory Wayans’ film I’m Gonna Git You Sucka (1988). BDP would release four more albums before KRS began his career as a solo artist. Stepping outside of hip-hop, he worked with reggae artists Slye and Robbie, Ziggy Marley, and the alternative rock band R.E.M. He is also the founder of Human Education Against Lies (H.E.A.L.) as well as the Temple of Hip-Hop, whose stated goal is to promote and maintain hip-hop culture.

KRS-One married Ramona Scott, a.k.a. Ms. Melodie, in 1987. After divorcing, he married Simone Parker. His stepson from that marriage committed suicide in 2007 at age 23.