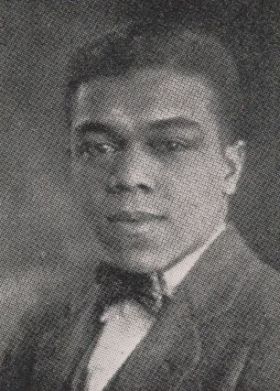 Born in New Bedford, Massachusetts on January 5, 1904, William Knox is remembered for two achievements. He was among a handful of black scientists to work on the top secret Manhattan Project, which produced the atom bomb during World War II. Following the war, he held a key development position at the Kodak Corporation, a major manufacturer of photography equipment.

Knox was the oldest of three brothers born to William and Estelle Knox. The elder Knox was a clerk at the U.S. Postal Service in New Bedford. All of the brothers attended Harvard University as undergraduates, with William graduating from the institution in 1925.  All three Knox brothers earned Ph.D.’s. The middle son, Everett, studied history. The youngest son, Lawrence, studied chemistry, and during World War II, joined his eldest brother on Manhattan Project research.

William Knox earned his master’s degree and his Ph.D. from the Massachusetts Institute of Technology (MIT) in 1929 and 1935, respectively. From 1935 to 1942, Knox was a professor in the chemistry department at North Carolina A&T College. He left in 1942 to become chair of the chemistry department at Talladega College. One year later, however, he joined a team of scientists at Columbia University who were devising a way to separate the two uranium isotopes using gaseous diffusion, a complex process that made use of uranium hexafluoride, an extremely corrosive material. Though he did not know it at the time, his work was essential to the development of the atom bomb. Knox also holds the distinction of being the only black supervisor on the project.

Knox was one of the few black scientists who successfully transferred his wartime science expertise into private industry. Because of his work on corrosive substances, he was hired as a research scientist for Eastman Kodak in Rochester, New York in 1945. During his time at Kodak, he received patents at a rate of nearly one per year, totaling 21 patents in 25 years. Knox retired from Kodak in 1970. Knox briefly returned to teaching at North Carolina A&T, remaining there until his permanent retirement in 1973.

Knox married Edna Knox (nee Jordan) and the couple had one daughter, Sandra. William Jacob Knox died on July 9, 1995 in Newton Massachusetts. He was 91.