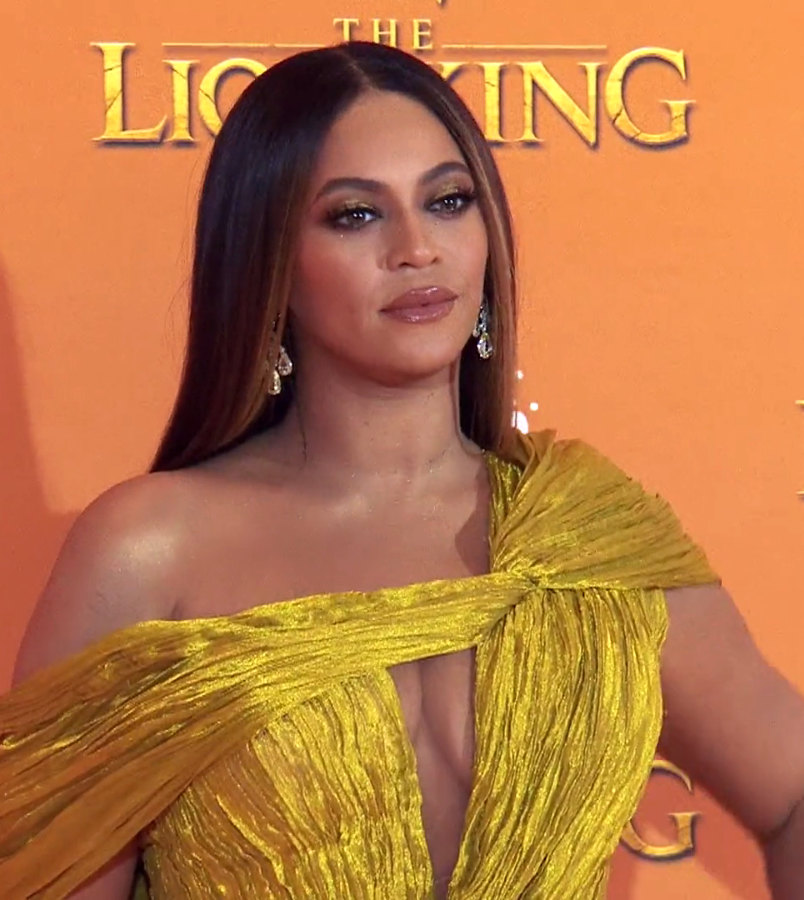 Beyoncé Giselle Knowles, one of the most successful African American women artists in today’s music industry, was born on September 4, 1981 in Houston, Texas, to Mathew and Célestine Ann Knowles. Her father was a salesman and her mother owned a hair salon. Beyoncé began performing when she was seven years old when her dance teacher insisted that she participate in her school’s talent show. Beyoncé’s surprisingly poised performance before this audience, despite her shyness, persuaded her parents to begin preparing her for a music career.

In 1990, at the age of nine, Beyoncé successfully auditioned to become the lead singer for the music group Girl’s Tyme which two years later performed on the national television show Star Search. The group, which also included Támar Davis, Kelly Rowland, LaTavia Roberson, Nikki Taylor, and Nina Taylor, did not win, which prompted the girls to work intensely to improve their dancing and singing skills. They also performed once a week during the school year and twice a week during the summer. In 1995, Silent Partner Productions/Elektra offered Girl’s Tyme its first contract when most of the girls were 14 years old.

In 1996, Columbia Records signed Girl’s Tyme, promptly renaming them Destiny’s Child. They quickly had a series of hit singles, the first of which was No, No, No.  In 1997 they recorded Killing Time for the movie Men in Black. The following year, 1998, they released their first album, Destiny’s Child.  In 1999, the group released its second album, The Writing’s on the Wall which included the single, Bills, Bills, Bills, their first song to reach number one on the US Charts. In March of 2000, the group’s song, Say My Name, also hit number one on the US Charts. Their growing popularity led President George W. Bush to invite them to perform at the White House in February 2001. Later that year, Beyoncé won the “2001 Songwriter of the Year” award from the American Society of Composers, Authors, and Publishers. She was the second woman, the first black woman, and the youngest person ever to win this award.

Beyoncé released her first solo album, Dangerously in Love, in 2003 which won five Grammy Awards the following year.  Later in 2004 she, Kelly Rowland, and Michelle Williams recorded their final album as Destiny’s Child which they titled, Destiny Fulfilled. Beyoncé’s second solo album B’Day was released in 2006 and in 2008 she released her third album, I Am…Sasha Fierce. Beyoncé has sold over 75 million CDs worldwide as a solo artist since her first release in 2003.

In 2005, Beyoncé and her mother launched the clothing line, “House of Dereon” named after her grandmother.  That year also marked the beginning of her major philanthropic work.  She founded the Survivor Foundation to help victims of Hurricane Katrina, and in 2007 she held food drives during her concert tour engagements. For her various acts of philanthropy for children, Beyoncé was initiated into the International Pediatric Hall of Fame in 2008.

In April, 2008, Beyoncé married Shawn Corey Carter, who is also known as the rapper and record mogul Jay-Z, in Scarsdale, New York.  Less than a year later, in January 2009, she performed at President Barack Obama’s inaugural ball.