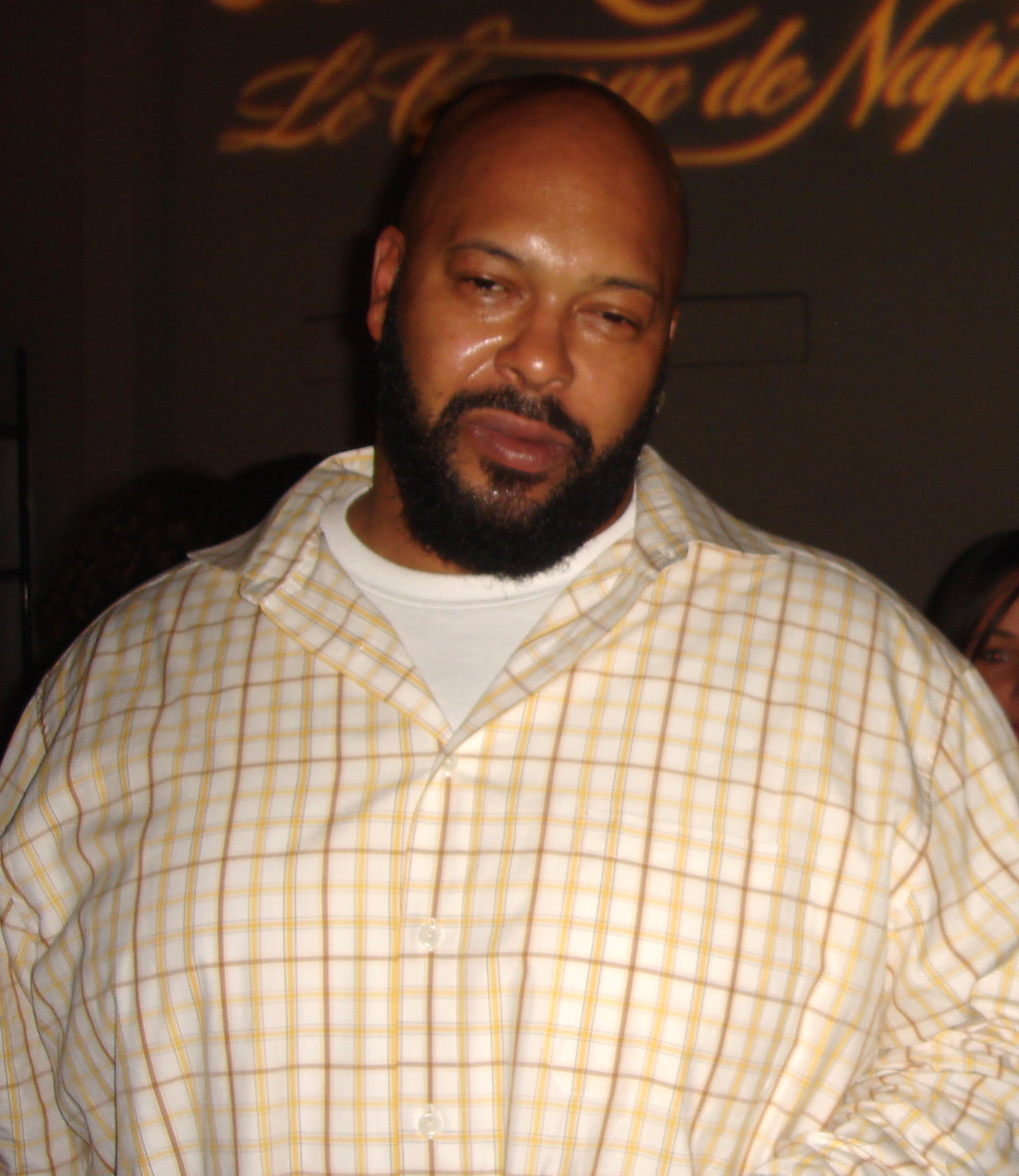 Marion ‘Suge’ Knight, Jr., co-founder (with Dr. Dre) of the pioneering hip-hop record company Death Row Records, was born on April 19, 1965 to Marion and Maxine Knight in Compton, California.  His father was a janitor while his mother worked on an assembly line.  Because of his sweet personality as a child, Knight earned the nickname ‘Sugar Bear,’ which was shortened to ‘Suge.’  At Lynwood High School in Lynwood, California he excelled in football and track, and after graduating in 1983, he played football at El Camino Community College and then the University of Nevada, Las Vegas.  Knight was in the NFL briefly as a replacement player for the Los Angeles Rams during the 1987 players’ strike.

After his football career ended, Knight worked security for celebrities such as R&B artist Bobby Brown in Los Angeles. Through these connections he gained a basic understanding of the entertainment industry, including the importance of owning master recordings.  By the early 1990s he’d begun recruiting top Los Angeles rap talent, including Tracy “The D.O.C.” Curry, David “DJ Quik” Blake, and Andre “Dr. Dre” Young.  In 1991 Knight co-founded Death Row Records and in 1992 the label released the landmark Dr. Dre album, The Chronic.

When he started Death Row Records, Knight reportedly vowed to make it “the Motown of the 90s,” and—for most of the decade—he did.  The decline of Death Row began with the murder of Shakur in Las Vegas on September 7, 1996.  Shakur was shot as he rode in a car driven by Knight after they’d both been to a Mike Tyson fight.  Later that year, Knight, who had been arrested numerous times over the years on charges ranging from assault to weapons and drug trafficking, was sent to prison for five years for violating probation.  While he was in prison, both Dr. Dre and Snoop left Death Row Records. Knight was released from prison in 2001, and filed for bankruptcy in 2006; the company was purchased at auction by Canadian firm WIDEawake Entertainment Group in 2009.

Death Row Records and its artists maintained a reputation for being involved in a number of high profile hip-hop feuds, including the infamous ‘East Coast/West Coast beef’ which led to the deaths of Shakur and The Notorious B.I.G.  Over the years Knight had developed a reputation for using strong-arm tactics in his business dealings, which included reports of dangling white rapper Vanilla Ice over a hotel balcony by his ankles, and visiting Ruthless Records owners Eazy-E and Jerry Heller with pipes and bats to secure the contractual release of Dr. Dre.