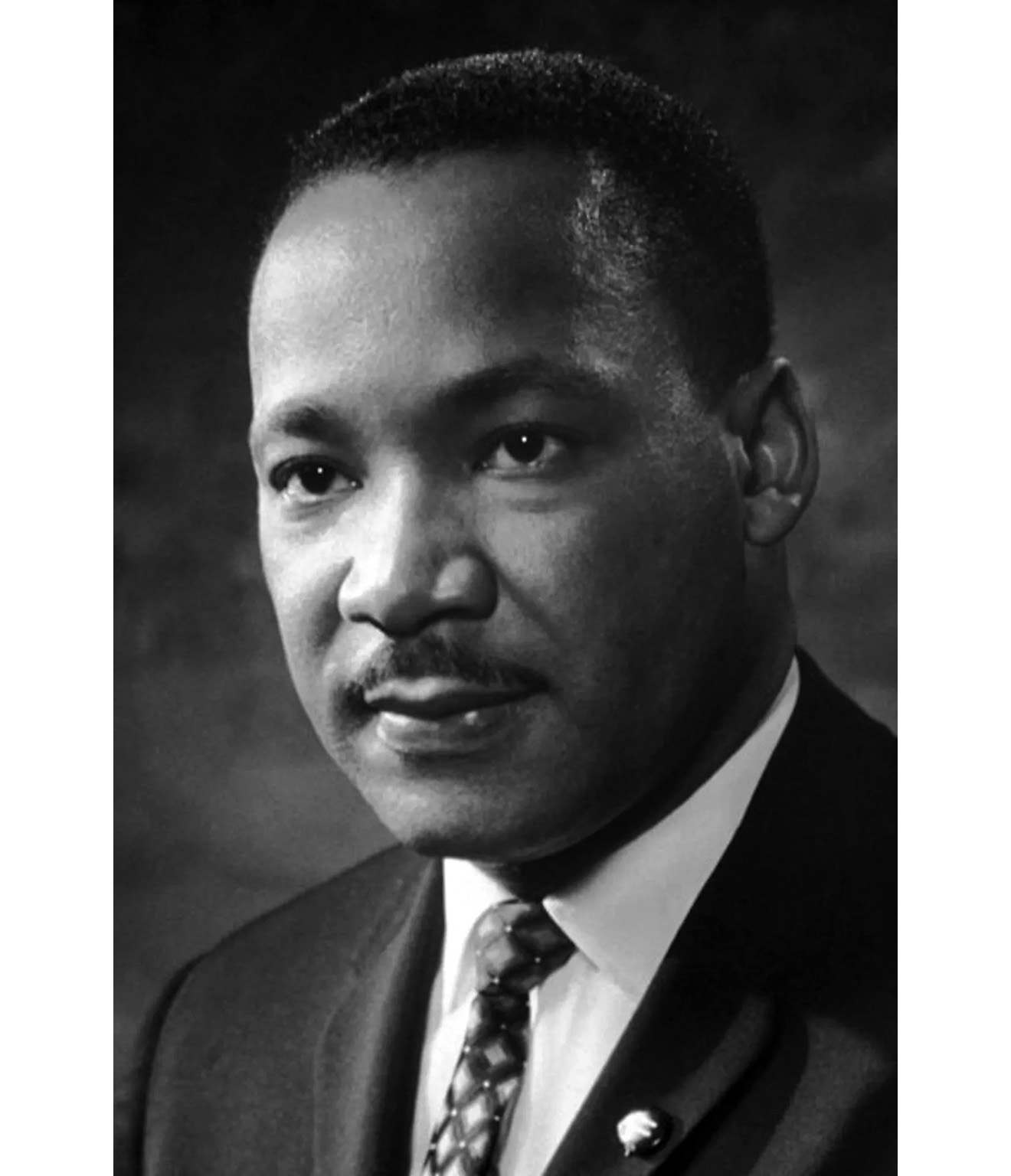 One of the most visible advocates of nonviolence and direct action as methods of social change, Martin Luther King, Jr. was born in Atlanta, Georgia on January 15, 1929. As the grandson of the Rev. A.D. Williams, pastor of Ebenezer Baptist church and a founder of Atlanta’s NAACP chapter, and the son of Martin Luther King, Sr., who succeeded Williams as Ebenezer’s pastor, King’s roots were in the African American Baptist church. After attending Morehouse College in Atlanta, King went on to study at Crozer Theological Seminary in Pennsylvania and Boston University in Massachusetts, where he deepened his understanding of theological scholarship and explored Mahatma Gandhi’s nonviolent strategy for social change.

King married Coretta Scott in 1953, and the following year he accepted the pastorate at Dexter Avenue Baptist Church in Montgomery, Alabama. King received his Ph.D. in systematic theology in 1955.

On December 5, 1955, after civil rights activist Rosa Parks refused to comply with Montgomery’s segregation policy on buses, black residents launched a bus boycott and elected King president of the newly-formed Montgomery Improvement Association. The boycott continued throughout 1956 and King gained national prominence for his role in the campaign. In December 1956 the United States Supreme Court declared Alabama’s segregation laws unconstitutional and Montgomery buses were desegregated.

Seeking to build upon the success in Montgomery, King and other southern black ministers founded the Southern Christian Leadership Conference (SCLC) in Atlanta in 1957. In 1959, King toured India and further developed his understanding of Gandhian nonviolent strategies. Later that year, King resigned from Dexter and returned to Atlanta to become co-pastor of Ebenezer Baptist Church with his father.

In 1960, black college students in Greensboro, North Carolina initiated a wave of sit-in protests that led to the formation of the Student Nonviolent Coordinating Committee (SNCC). King supported the student movement and expressed an interest in creating a youth arm of the SCLC. Student activists admired King, but they were critical of his top-down leadership style and were determined to maintain their autonomy. As an advisor to SNCC, Ella Baker, who had previously served as associate director of SCLC, made clear to representatives from other civil rights organizations that SNCC was to remain a student-led organization. The 1961 “Freedom Rides” heightened tensions between King and younger activists, as he faced criticism for his decision not to participate in the rides. Conflicts between SCLC and SNCC continued during the Albany (Georgia) Movement of 1961 and 1962.

In the spring of 1963, King and SCLC lead mass demonstrations in Birmingham, Alabama, where local white police officials were known for their violent opposition to integration. Clashes between unarmed black demonstrators and police armed with dogs and fire hoses generated newspaper headlines throughout the world. President Kennedy responded to the Birmingham protests by submitting broad civil rights legislation to Congress, which led to the passage of the Civil Rights Act of 1964. Subsequent mass demonstrations culminated in the March on Washington for Jobs and Freedom on August 28, 1963, in which more than 250,000 protesters gathered in Washington, D.C. It was on the steps of the Lincoln Memorial that King delivered his famous “I Have a Dream” speech.

King’s renown continued to grow as he became Time magazine’s Man of the Year in 1963 and the recipient of the Nobel Peace Prize in Oslo, Norway in 1964. However, along with the fame and accolades came conflict within the movement’s leadership. Malcolm X‘s message of self-defense and black nationalism resonated with northern, urban blacks more effectively than King’s call for nonviolence; King also faced public criticism from “Black Power” proponent, Stokely Carmichael.

King’s efficacy was not only hindered by divisions among black leadership, but also by the increasing resistance he encountered from national political leaders. Federal Bureau of Investigation (FBI) director J. Edgar Hoover’s extensive efforts to undermine King’s leadership were intensified during 1967 as urban racial violence escalated, and King’s public criticism of U.S. intervention in the Vietnam War led to strained relations with Lyndon Johnson’s administration.

In late 1967, King initiated a Poor People’s Campaign designed to confront economic problems that had not been addressed by earlier civil rights reforms. The following year, while supporting striking sanitation workers in Memphis, Tennessee he delivered his final address “I’ve Been to the Mountaintop.” The next day, April 4, 1968, King was assassinated in Memphis.

Dr. King was a member of both Alpha Phi Alpha and Sigma Pi Phi fraternities.  To this day, Dr. Martin Luther King remains a controversial symbol of the African American civil rights struggle, revered by many for his martyrdom on behalf of nonviolence and condemned by others for his militancy and insurgent views.