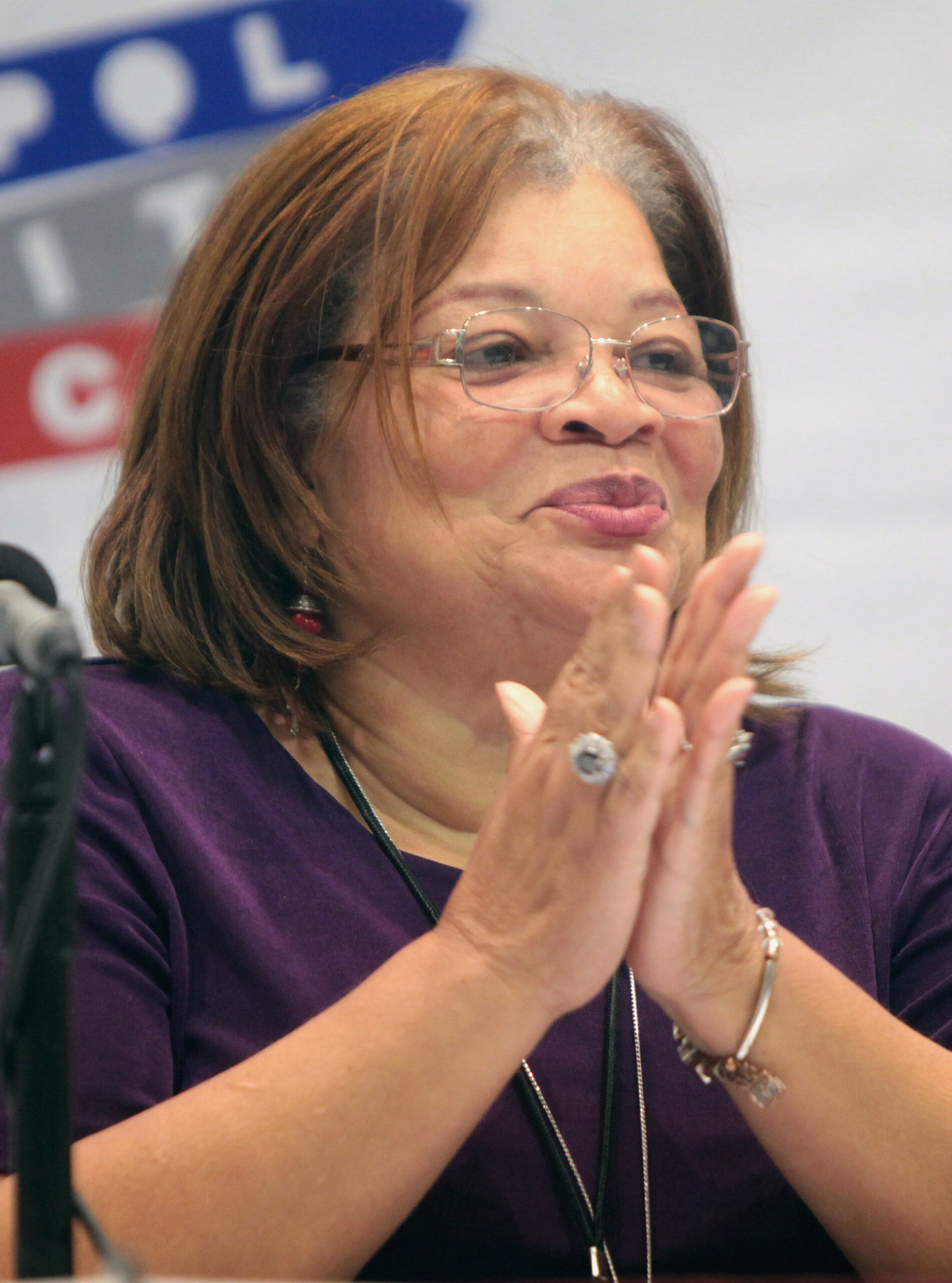 Alveda King, a prominent conservative leader, evangelist, and niece of Dr. Martin Luther King Jr., was born in Atlanta, Georgia, as the first of five children of Alfred Daniel King and Naomi Barber King on January 22, 1951. Her father worked heavily in the civil rights movement and was a pastor until his own untimely death at the age of thirty-eight, shortly after the assassination of his brother, Martin Luther King Jr. Alveda King was married three times to Eddie Clifford Beal, Jerry Ellis, and Israel Tookes. She is the mother of six children and currently serves as a minister for the Gospel of Jesus Christ in Atlanta and is an advocate for the Pro-Life Movement.

King grew up in Atlanta and attended public schools there until college. She studied both journalism and sociology as an undergraduate and eventually received a Master of Arts in Business Management from Central Michigan University. Years later, she received an honorary degree from Saint Anselm College in Manchester, New Hampshire.

In 1978 King was elected to serve as the representative for the 28th District in the Georgia House of Representatives as a Democrat. She held that office until 1983. In 1984 she ran an unsuccessful campaign for the 5th District seat in the United States House of Representatives as a Democrat. The 5th District is the Atlanta area, and the seat at that time was held by Congressman Wyche Fowler. King lost. This was the last time she ran for political office. In recent decades, King’s political party affiliation changed. She now identifies as a Republican. In the 2012 presidential campaign, King voiced support for Herman Cain and in 2016 publicly supported and voted for Donald Trump.

For decades, King has been a dedicated member of the Pro-Life movement and spreading the Christian faith across the United States. She founded the Alveda King Ministries and has served in various organizations such as the Howard Center for Family, Religion & Society; Silent No More Awareness Campaign; Coalition of African American Pastors; National Black Pro-life Coalition; Bible Curriculum in Public Schools; and Abortion Recovery International.

King is also a published author of several books on issues such as religion, family, and abortion. Her best-selling books include Sons Of Thunder: The King Family Legacy, I Don’t Want Your Man, I Want My Own, and How Can the Dream Survive If We Murder the Children?: Abortion is Not a Civil Right!. King produced a CD in 2005, Let Freedom Ring, and has starred in several films. Most recently, she was interviewed for the 2016 film Hillary’s America: The Secret History of the Democratic Party.

Alveda King is a regular contributor on Fox News. Her overall message to her followers is “Faith in God and the commitment to fulfill His will for our lives—not faith in government bureaucracy—is the key to positive action. Have faith in God!” King resides in her hometown of Atlanta, Georgia.