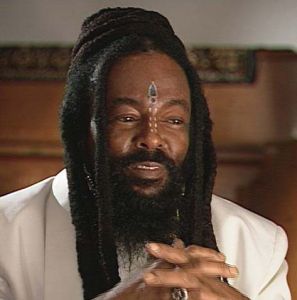 One of the original Greensboro Four who took part in the Woolworth sit-ins. It is reported that as a nine-year-old he boasted to friends that he would “one day drink from the white people’s fountains and eat at their lunch counters.” Blair was the most uncertain of the four who decided to stage the Woolworth protest, and recalls calling his parents to ask their advice. They told him to do what he must and to carry himself with dignity and grace. He never strayed very far from the example of his parents, who were active in the civil rights movement, or the lessons of the people he had known as a child growing up in the south.

A Greensboro native, born in the city on October 18, 1941, Blair graduated from Dudley High School in Greensboro, North Carolina. and received a B.S. in sociology from North Carolina Agricultural & Technical State University in 1963. While a student at A & T he was elected to attend the meeting at Shaw University in Raleigh at which the Student Nonviolent Coordinating Committee (SNCC) was formed. Blair was president of the junior class, the student government association, the campus NAACP and the Greensboro Congress of Racial Equality. He attended law school at Howard University for almost a year before a variety of maladies forced him out.  Blair then moved to New Bedford, Massachusetts, where he became a member of the New England Islamic Center in 1968 and took on his present name of Jibreel Khazan.

Khazan works with developmentally disabled people for the CETA program in New Bedford, Mass. He also has worked with the AFL/CIO Trade Council in Boston, the Opportunities Industrialization Center, and at the Rodman Job Corps Center. He married the former Lorraine France George of New Bedford. They have three children, one of whom graduated from A & T.