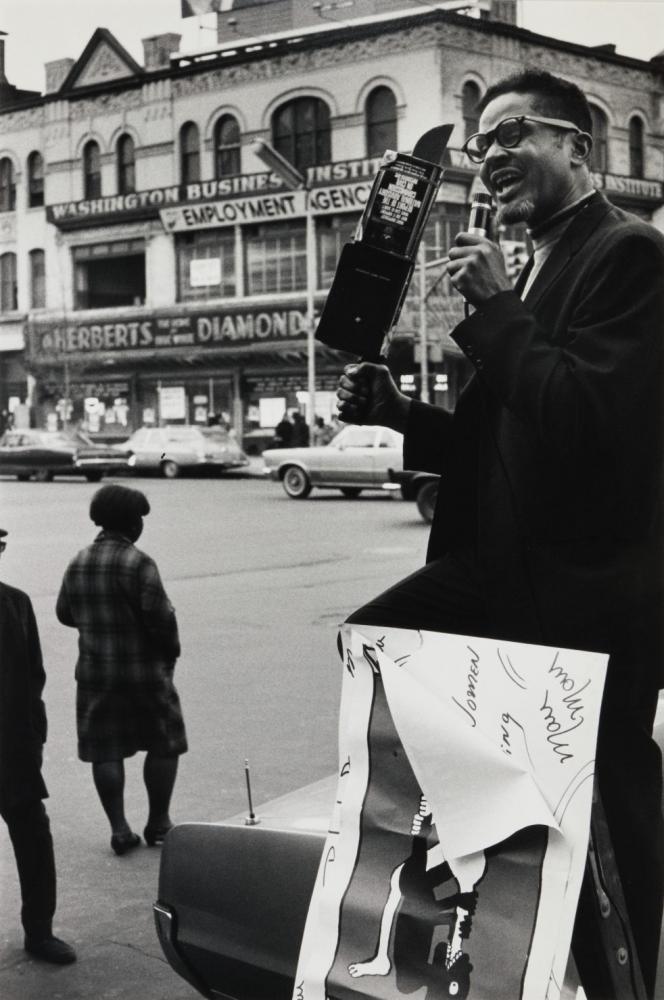 Charles Sumner Kenyatta, also known as Charles 37X and Charles Morris, organized the Harlem Mau Mau Society and worked as Malcolm X’s body guard. Kenyatta was born February 20, 1921, to Ruth Davis and Charles Morris in Boston, Massachusetts. As a teen, he trained to be a dental technician, but wanted to be a part of show business and joined the Brown Skinned Models show at Seventh Avenue Nightclub in New York City, New York.

In 1942, Morris joined the U.S. Army and was posted at Camp Shelby in Mississippi, but the segregated South was difficult. In September 1944, he was convicted by a court martial on charges of organizing a mutiny and served six years of hard labor. In 1946, he was discharged from the Army after serving half of his sentence.

Morris met Malcolm X as Charles Morris in Detroit, Michigan where Malcolm X was an assistant minister at the Nation of Islam. Morris followed Malcolm X to Mosque No. 7 in New York City and joined in the early 1960s where he was renamed Charles 37X. From 1962 to 1964, he became well known around the Mosque and one of Malcolm X’s closest friends and confidants. He was the bodyguard for Malcolm X’s family while he was away and the bodyguard at the time of Malcolm’s assassination. Manning Marable, in his 2011 biography of Malcolm X, claims that Kenyatta had an affair with Malcolm’s wife, Betty Shabazz.

After Malcolm X’s assassination in 1965, Kenyatta formed and led the paramilitary group called the Mau Mau Society of Harlem, New York. The Mau Mau society was based on the Mau Mau Society of Kenya that fought for that nation’s independence.  Charles 37X took the name Kenyatta after that country’s Mau Mau leader and first President, Jomo Kenyatta.

The Mau Mau Society of Harlem focused mainly on ending crime and rampant drug use in the streets of Harlem. The Society called their efforts part of their desire to protect to the community of Harlem and raise the social and political awareness of its citizens. He worked specifically with major New York City politicians including Mayor John V. Lindsay in the late 1960s to address slum housing issues in Harlem and other New York black communities.

Kenyatta’s anti-crime and anti-drug efforts were not appreciated by all in Harlem.  People involved in drug dealing were upset by the work of Kenyatta and the Mau Mau Society.  As a consequence, he was the subject of several assassination attempts. One attempt on June 7, 1969 placed him in Fordham Hospital.

After Malcolm’s death Kenyatta converted back to Christianity and eventually became a minister at the White Rock Baptist Church in Harlem. In 2002, at the age of 82, Kenyatta married South Korean immigrant Sung Bok Lee, a controversial move that was resented by his family.

Charles Sumner Kenyatta died on May 10, 2005 at the age of 85 from an illness. In his failing health, his daughters moved him away from his wife to Philadelphia, Pennsylvania. He was survived by his four daughters named Evelyn, Ester, Joyce, and Hellen Morris.