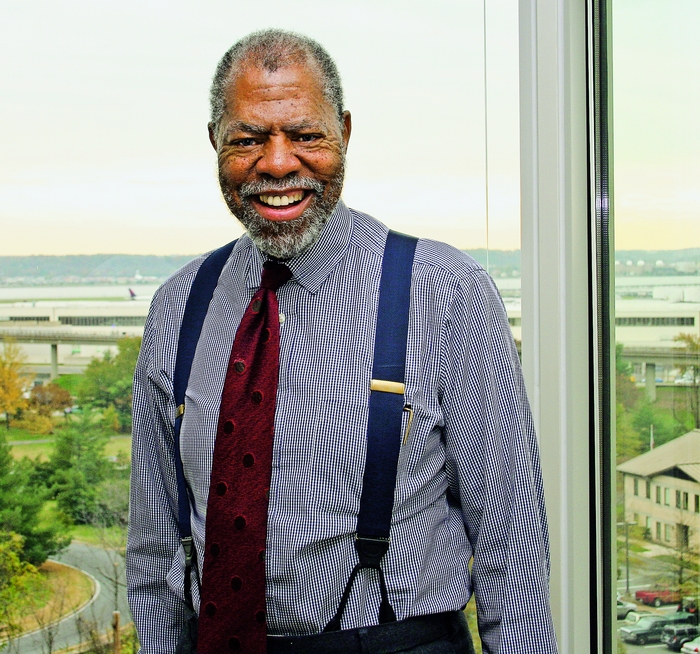 Kenneth Olden, a cell biologist, biochemist, and cancer researcher, is the founding dean at the School of Public Health of City University New York (CUNY). Born in 1938 in Parrottsville, Tennessee, Olden grew up in a rural community with his parents Matt and Augusta Olden and siblings. As a young child, he helped with daily tasks around the farm but also developed a love for reading books. Living in the Jim Crow South, Olden attended segregated schools and cleaned shoes for fifteen cents at a local barbershop in order to save money for college. After graduating from Tanner High School in Parrottsville in 1956, he enrolled in Knoxville College with a scholarship.

While in college, Olden majored in biology and minored in chemistry. He graduated in 1960 with a BS degree in biology. Four years later, he studied Drosophila genetics and received a master’s degree in genetics from the University of Michigan. He then pursued a Ph.D. in biochemical research at Temple University and spent two years at the University of Rochester conducting research in bioenergetics and oxidative phosphorylation [a process in which the cell harnesses the energy through a series of chemical reactions with the help of a group of proteins embedded in the membrane of the cell and the mitochondria].

After receiving his doctorate from Temple University in 1970, Olden completed a four-year postdoc at Harvard Medical School. He shifted his research focus from microbial systems to biological cell research after he joined a research group at the National Institutes of Health (NIH) Division of Cancer Biology and Diagnosis Division. His first distinguished research project with Dr. Ira Pastan linked the association of carbohydrate groups to proteins inside the cell thus gaining attention in the scientific community. The findings were published in one of the most distinguished journals in the field, Cell.

In 1979, Olden left NIH and accepted a position at Howard University to teach and mentor Black students. From 1979 to 1991, he established and supervised a research program while serving as professor and chair of the Department of Oncology and director of the Cancer Center at Howard’s Medical School. Olden left Howard and became the director of the Nation Toxicology Program (NTP) and the National Institute of Environmental Health Sciences (NIEHS) where he remained until 2005. From 2006 to 2007, he received a visiting professorship with Harvard University’s fellowship program and, a year later, he became the founding dean of the School of Public Health at City University of New York (CUNY). After four years, he assumed a position with the Environmental Protection Agency (EPA) as the director of the National Center for Environmental Assessment. He retired in 2016.

Spanning a career in science and research for more than four decades career, Olden received many prestigious awards and honors including the Presidential Meritorious Executive Rank Award in 1996 and the Presidential Distinguished Executive Rank Award in 1997. He also was awarded honorary doctorate degrees from the University of Rochester and the College of Charleston.