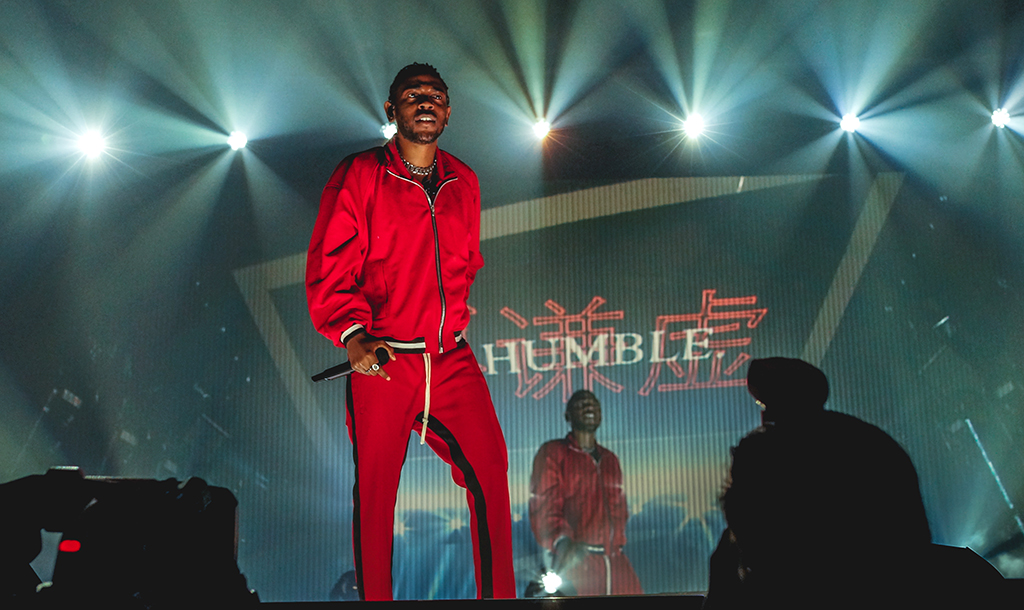 Kendrick Lamar Duckworth is an American Rapper and record producer. Lamar was born to Kenny Duckworth and Paula Oliver in Compton, California on June 17, 1987.  His parents named him after Eddie Kendricks, with the R&B music group, The Temptations. Growing up in Compton, many of Lamar’s friends were members of the Bloods gang although he did not join. . Lamar attended Centennial High School in Compton where he graduated in 2005.

In 2004, 17-year -old Lamar began his music career by releasing a series of mixtapes under the rap name K-Dot. The following year he signed with the record label, Top Dog Entertainment. Lamar made guest appearances on other rappers’ songs including those of Jayceon “The Game” Taylor and Johnny “Jay Rock” McKinzie. In 2009, Lamar formed Black Hippy, a group with with rappers Jay Rock, Herbert “Ab-Soul” Stevens, and Quincy “Schoolboy Q” Hanley.

In 2015, Lamar released his third album, To Pimp a Butterfly, which included rappers King Kunta and Alright. That album sold over a million units and won five Grammy awards in 2016. The following year Lamar released his fourth studio album, Damn with the singles “Humble,” “Loyalty,” and “Love.” That album was certified triple platinum-selling three million units. It also won five Grammy Awards in 2018. Lamar also produced the Black Panther movie soundtrack in 2018, earning him a Grammy Award in 2019.

Despite Lamar success, he would be involved in several controversies during his career, including being featured in a song by Sean “Big Sean” Anderson called “Control.” In the song , Lamar insulted numerous rappers, including Aubrey “Drake” Graham, Justin Big “K.R.I.T.” Scott, Terrence “Pusha T” Thornton among others creating rap feuds with them and other artists.   Despite the controversy, Lamar remains active in the music industry as of 2021.

In 2015, Lamar became engaged to Whitney Alford.  The coupled did not marry but they have one child together.