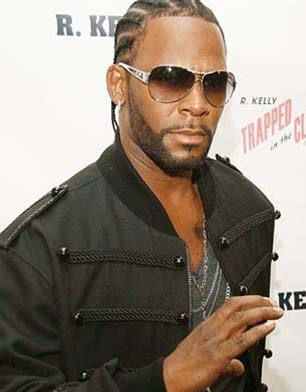 Robert Sylvester Kelly, better known as R. Kelly, is an R&B singer, songwriter, and producer who is best known for his hit song “I Believe I Can Fly.” Kelly was born on January 8, 1967, in Chicago, Illinois to Joanne Kelly. R. Kelly is the third of four children all raised by Joanne Kelly, a single mother who was also a singer. His family grew up in the Ida B. Wells Public Housing project in Chicago’s Bronzeville neighborhood. Kelly’s deeply religious mother required her children to attend church regularly. When Kelly was just eight years old, he joined his local church choir which launched his interest in performing music.

Kelly attended Kenwood Academy in Chicago’s Hyde Park. He was on his high school basketball team until his music teacher, Lena McLin, who recognized his talent, encouraged him to focus on music. After successfully performing in his high school talent show, Kelly dropped out to earn a living as a singer. He formed a group named Musically Gifted Men with his friends Marc McWilliams, Vincent Walker, and Shawn Brooks. In 1990, the group recorded and released their first single, “Why You Wanna Play Me,” but disbanded shortly afterward.

In 1991, Kelly collaborated with the R&B group Public Announcement, which released its first album, Born in the 90’s, in 1992. The album produced many chart-topping songs and became certified platinum. The collaboration launched Kelly’s career. In 1994, R. Kelly, who was 27 at the time, secretly married a well-known R&B singer, Aaliyah, in Chicago. The marriage was controversial because Aaliyah was 15 years old at the time.  In February of 1995, the marriage was annulled.

In 1995, his self-titled album R. Kelly was released and soon became a chart-topper with three number one songs, “You Remind Me of Something,” “Down Low (Nobody Has to Know),” and “I Can’t Sleep Baby (If I).” In 1998, Kelly released the R album; it became the most commercially successful one of his career, with over eight million copies sold in the U.S. Kelly released his third album, Chocolate Factory, in 2003 followed by Tp.3 Reloaded in 2005, Double Up in 2007, and Love Letter in 2010. Each album Kelly released produced many songs that made Billboard’s Top 100 Hits. In 2005, Kelly won the American Music Award for Favorite Soul/ R&B Male Artist.

Despite his successful music career, controversy has followed Kelly because of the many sexual allegations made against him. Between 1996 and 2002, Kelly was sued by three different women who accused him of sexual assault, privacy invasion, and underage sex with a minor. All three cases were settled out of court, with money settlements in return for non-disclosure agreements.

In June 2002, Kelly was charged with 21 counts of child pornography by the Chicago Police Department. His arrest stemmed from a video that was sent anonymously to the Chicago Sun-Times earlier that year. Kelly posted $750,000 bail and immediately denied all charges. The case went to court in 2008, and he was found not guilty. The jury concluded the prosecution had not proved that the girl in the videotape was a minor.

In September 2021, Kelly was convicted of racketeering and sex trafficking crimes after facing years of allegations of using his celebrity status to sexually abuse women and children. Kelly appealed the court’s decision but on June 28th, 2022, he would be sentenced to 30 years in prison.