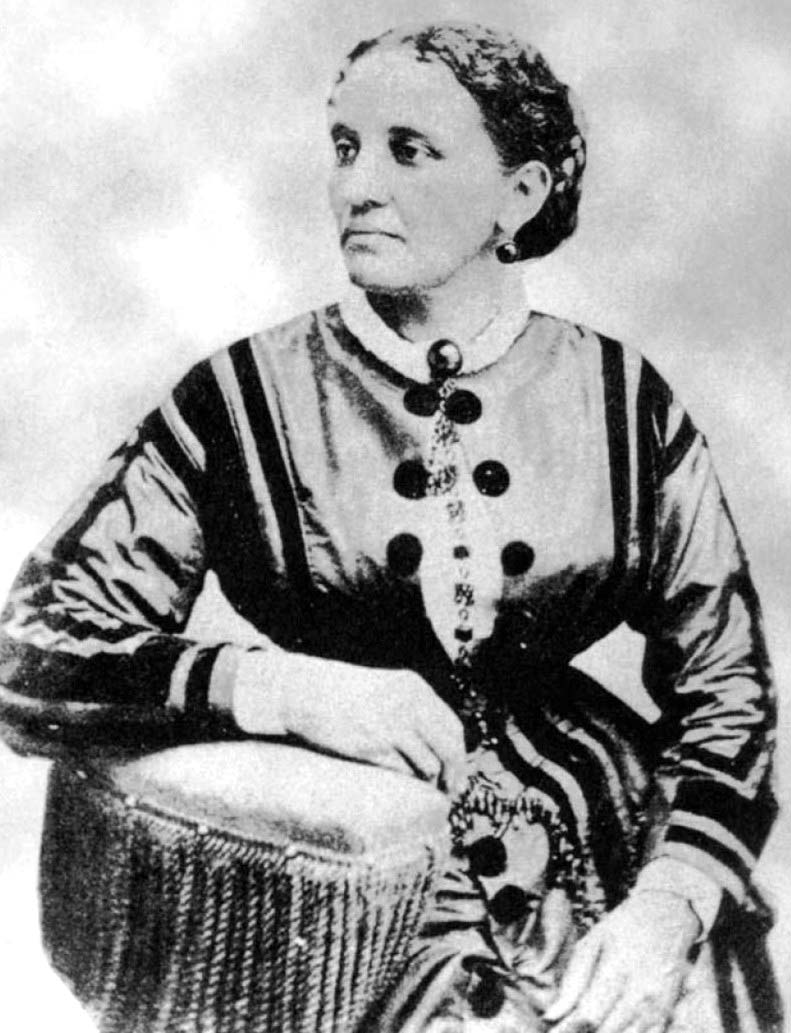 Elizabeth Hobbs Keckley is best known as Mary Lincoln’s dressmaker and confidant and as the author of Behind the Scenes By Elizabeth Keckley, Formerly a Slave, But More Recently Modiste, and Friend to Mrs. Abraham Lincoln, Or, Thirty Years a Slave, and Four Years in the White House (1868).

Elizabeth Hobbs was born into slavery on the Col. Armistead Burwell farm in Dinwiddie County, Virginia, in 1818 to Agnes and George Pleasant Hobbs (although her biographer Jennifer Fleischner asserts that Col. Burwell was in fact Hobbs’s father).  Agnes and George had an “abroad” marriage meaning that except for one brief period of time when George resided on the Burwell property, the family lived apart.  George Hobbs was parted from his family permanently when his master relocated west.

When Elizabeth was fourteen, she was sent to live with her master’s eldest son, the Reverend Robert Burwell, and his wife in North Carolina.  During this time she endured whippings and beatings from the village schoolmaster, a Mr. Bingham, ostensibly to subdue her “stubborn pride,” as she later wrote.  At age twenty, Elizabeth became pregnant as the result of a rape, and her only child, George, was born in 1839.  After the birth of her son, 21-year-old Elizabeth was sent back to Virginia to live with her master’s daughter, Ann Burwell Garland, and Ann’s husband, Hugh.  From Virginia, she accompanied the Garland family when it moved west to St. Louis in 1847.  There she began work as a seamstress and dressmaker, skills she had learned from her mother.  Her work helped support the entire Garland family.

Hobbs’s reputation as a skilled dressmaker grew quickly and her patrons soon included some of St. Louis’s most elite citizens.  While in St. Louis, Elizabeth became reacquainted with James Keckley, whom she had known in Virginia, and consented to marry him on the condition that Hugh Garland allowed her to purchase her freedom.  Although not yet free, Elizabeth Hobbs married James Keckley in 1852 but only after Garland agreed to a purchase price of $1200.

On August 10, 1855, with money borrowed from some of her wealthy patrons, Elizabeth Keckley secured her freedom and that of her son.  The marriage union, however, proved unhappy.  James Keckley had misrepresented himself as free, and in 1860, Elizabeth left her husband and settled in Washington, D.C.  All of the money she borrowed was repaid in full by that point.

In Washington, D.C., Keckley built a successful dressmaking career becoming acquainted with Mary Lincoln, whom Keckley met on President Lincoln’s first day in office.  Her work for and friendship with Mary Lincoln permitted her a unique view of events during this era which she chronicled in Behind the Scenes (1868).  Keckley also became a prominent figure in D.C.’s free black community, helping to found and serving as president of the Contraband Relief Association, which later became the Ladies’ Freedmen and Soldier’s Relief Association.  In the aftermath of Lincoln’s assassination, Keckley stayed with the first lady for a time, but the publication of her book, in which she revealed private details about life inside the White House, was controversial and strained her relationship with Mary Lincoln.  The negative reaction to the book in D.C.’s white community also affected Keckley’s ability to earn a living.  Finally in 1892 at the age of 74, she took a faculty position at Wilberforce University in Ohio as head of the Department of Sewing and Domestic Science Arts.

Elizabeth Hobbs Keckley died in May of 1907 while living at the National Home for Destitute Colored Women and Children in Washington, D.C.  Keckley’s son, George, preceded her in death, dying in 1861 while serving in the Union army.  A purple velvet gown designed and made by Keckley and worn by Mary Lincoln at her husband’s second inauguration can be viewed at the Smithsonian’s American History Museum.