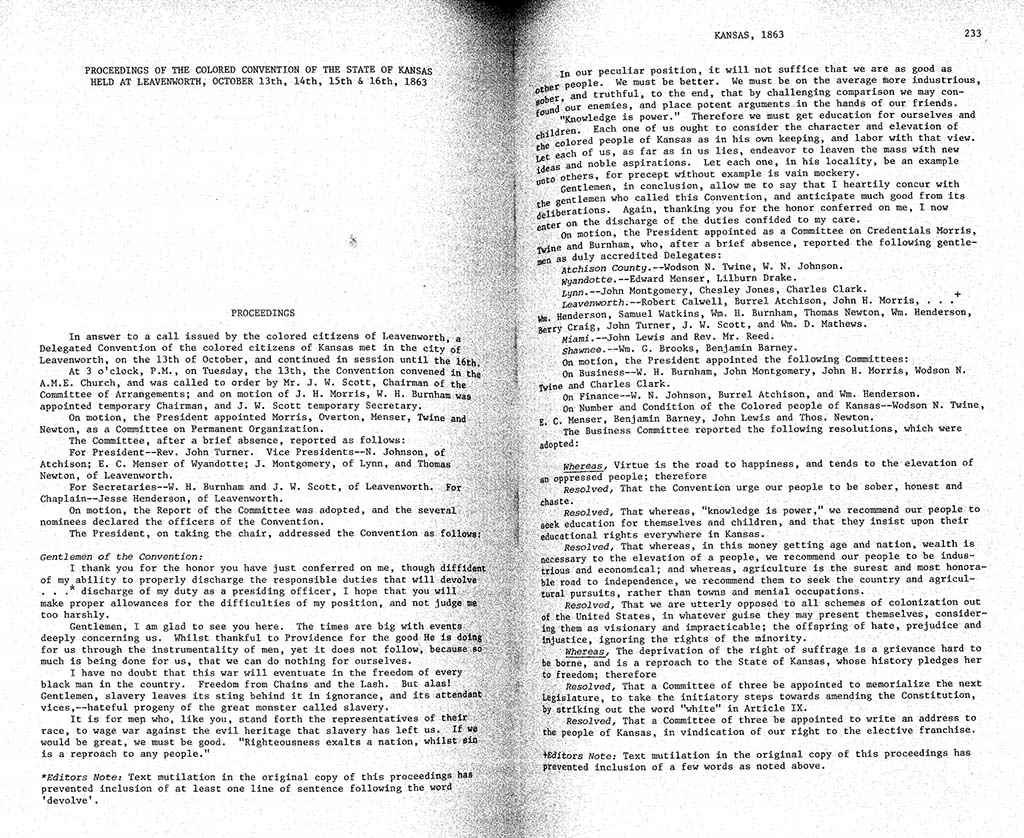 The first Kansas State Colored Convention was a call from black Kansans to be granted a future of “Liberty, Justice and Equality” under the United States government.  The first Kansas Colored Convention was held in Leavenworth, Kansas on October 13-16, 1863 in the African Methodist Episcopal (A.M.E.) Church.  The twenty-three delegates who attended the convention represented nearly seven thousand black Kansans.  They discussed issues that African Americans faced in Kansas at the time including the denial of the right to vote and to sit on juries.

Reverend John Turner of Leavenworth, Kansas was the president of the convention.  He reminded the delegates of the many changes that had occurred for them since the start of the Civil War including most importantly their own liberation from slavery.  He also envisioned a positive future for African Americans.  At the convention Rev. Turner challenged the delegates to rise up from their present position and be equal to the other residents of the state.

The convention reminded the people of Kansas that African Americans should be treated equally because they were honest and hardworking men.  They participated in the military, raised families, and did not disrupt the peace.  They declared that until black men were granted suffrage rights the Union could not be restored.