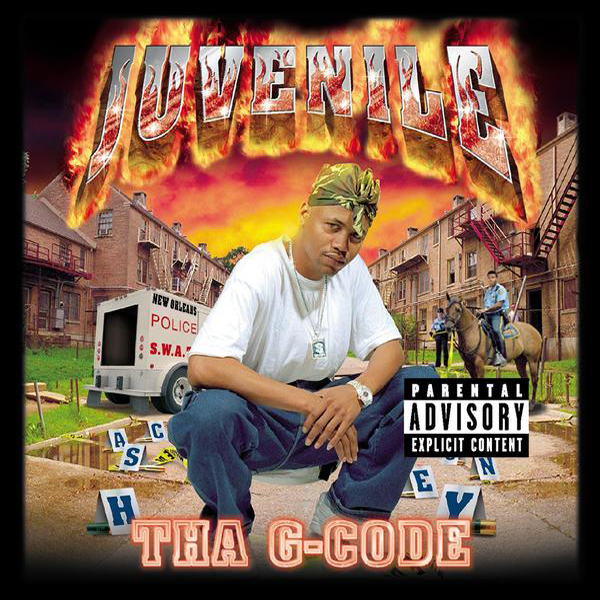 Terius “Juvenile” Gray is an American rapper who is best known for his 1999 hit, “Back That Azz Up.” Gray was born on March 26, 1975, in New Orleans, Louisiana, to unnamed parents and grew up in the Magnolia Housing Projects. He attended Our Lady of Grace Catholic School in New Orleans and started rapping in the early 1990s. In 1995, Gray released his debut album, Being Myself. The album didn’t chart and didn’t get much national attention, but did well on the local level.

In 1997, 22-year-old Gray signed with Cash Money Records label, which was owned by Bryan “Birdman” Williams and Roland “Slim” Williams. That same year, he released the album Solja Rags, which sold 200,000 copies but failed to reach gold status (500,000 copies). During that same year, Gray made his group debut with Hot Boys which included Dewayne “Lil Wayne” Carter, Christopher “BG” Dorsey, and Tab “Turk” Virgil Jr. The group released three albums together including Get It How You Live (1997), Guerrilla Warfare (1999), and Let Em Burn (2003).

In 1998 Gray released his third album, 400 Degreez, which featured the hit singles “Follow Me Now,” “Ha,” and “Back That Azz Up.” The album sold over 4 million copies and was 4X Platinum. The following year (1999) Gray released album four, The G Code, featuring the singles, “U Understand,” and “I Got That Fire.” That album sold over a million copies and was certified platinum. In 2001, Gray released his fifth studio album, Project English, that featured the single “Set it Off.” That album also sold over a million copies. In 2003, Gray released his sixth album and fourth million-seller, Juve the Great, which featured the singles “In My Life,” “Bounce Back,” and “Slow Motion.” The last single was a duet with James “Souja Slim” Tapp Jr. Gray’s seventh studio album, released in 2006, was called Reality Check and included the hit single “Rodeo.” This album was certified gold, selling over 500,000. Gray released other studio albums during his career including Cocky and Confident (2009), Beast Mode (2010), Rejuvenation (2012), and The Fundamentals (2014) but they didn’t chart or sell as well as his previous albums.

Gray has also acted in movies including Baller Blockin (2000) and Treme (2011). Like many rap artists of the era, Gray had a controversial rap feud over royalties with his former label mate, Lil Wayne. He also feuded with David “Young Buck” Brown. Despite these controversies, Gray remains in the entertainment business as of 2021 and most recently the 46-year-old rapper released a public service single called “Vax that Thang Up,” which promoted COVID-19 vaccinations for his fans.

Gray had a daughter, Jelani, with Joy Deleston. On February 29, 2008, Jelani, her mother, and older half-sister were shot and killed by Deleston’s eldest child, Anthony Tyrone Terrell Jr. He would later be convicted and given two life sentences.