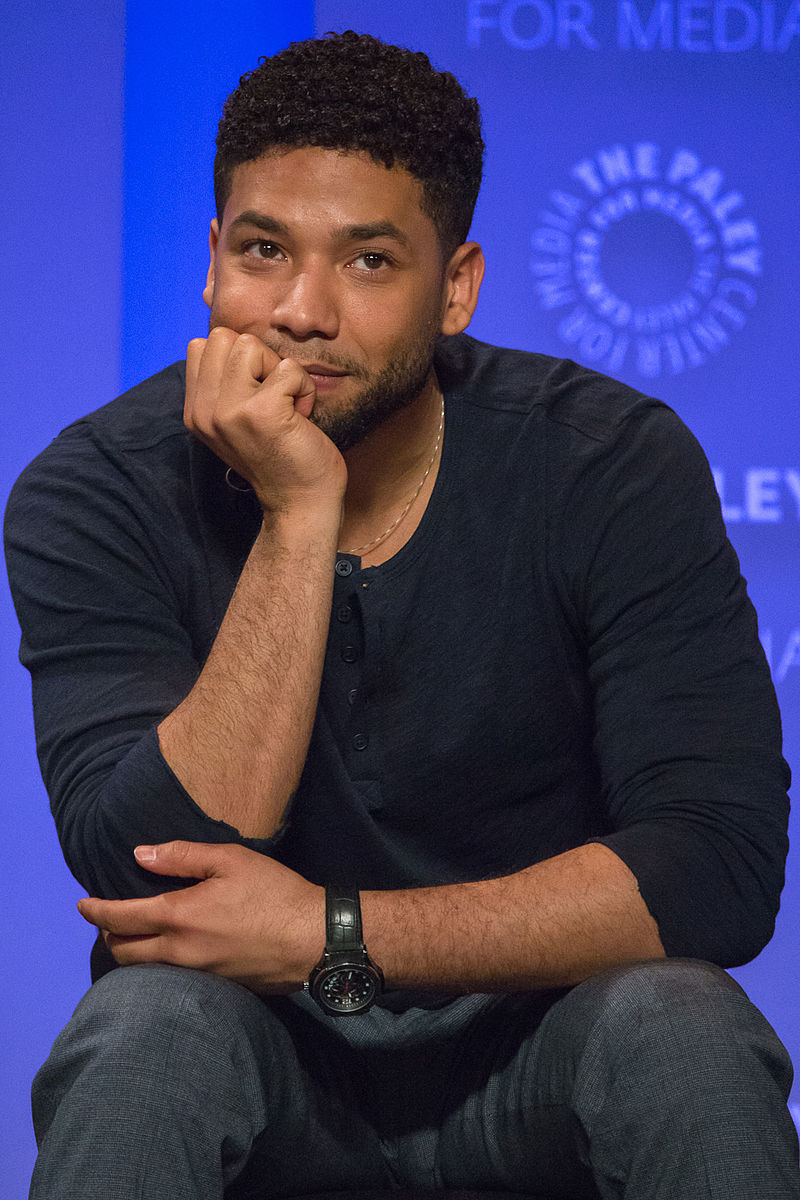 Actor Justin “Jussie” Smollett was born in Santa Rosa, California, on June 21, 1982, to a biracial family. His father, Joel Smollett, is Jewish, and his mother, Janet Smollett, is African American. The couple have five other children: Jake, Jojo, Jocqui, Jurnee, and Jazz, but Justin is the youngest. Smollett moved many times with his family from and to Queens, New York, and Los Angeles, California. He began his career as a child model in New York City and when he was nineteen, he told his parents he was gay. Smollett graduated from graduated from Paramus Catholic High School in Paramus, New Jersey in 2002.

Smollett was an extra in the movies Mo’ Betta Blues (1990) and New Jack City (1991) before his major role as player #1, Terry Hall, in the youth hockey league classic The Mighty Ducks (1992). Between 1994 and 1995 Smollett appeared on the ABC sitcom On Our Own with his real-life five siblings, and took a hiatus from acting afterwards to focus on his music career. Smollett released his EP Poisoned Hearts Club in March 2012, and returned to acting with the leading role in the LGBTQ-themed comedy drama, The Skinny later that year. He guest-starred on television series Alex Haley’s Queen (1993), The Mindy Project (2012), and Revenge (2014), before being cast in 2015 as Jamal Lyon, a gay musician, on the Fox network’s critically-acclaimed weekly drama series Empire, created by Lee Daniels.

Smollett appeared alongside his sister Jurnee in the WGN (Chicago) broadcast, Underground (2016). He won three 2016 NAACP Image Awards for Outstanding Song, Duo, and New Artist for the song “You’re So Beautiful” on the original soundtrack for season 1 of Empire. He released his debut album Sum of My Music in 2018 on his own label, Music of Sound. Smollett earned numerous nominations at the Teen Choice Awards, and BET Awards for four years, from 2015 to 2019 for his role in the show.

Smollett had one run-in with the law in 2007, when he was pulled over for DUI in Los Angeles and subsequently falsely gave the name of his brother as identification. He is now infamous for his 2019 alleged hate crime hoax that sparked outrage in the LGBTQ community and across the nation and led to the removal of his character from Empire. On January 29, 2019, Smollett reported to the Chicago police department, that he was assaulted by two white men, with the Trump slogan MAGA hats on, who reportedly shouted homophobic slurs, poured an unknown substance on the actor, and tied a noose around his neck. Security camera footage and other crucial data led to the arrest of two Nigerian American brothers who were found, after investigation, to have been paid $3,500 by Smollett to stage the fake hate crime. Smollett was arrested and on February 20, charged with a class 4 felony. Those charges were later dropped in March, but the City of Chicago filed a lawsuit against Smollett in April 2019, and in November, Smollett filed a counter suit against the city. On February 11, 2020, a Cook County Grand Jury indicted Smollett on six counts pertaining to making four false police reports, and on June 12, a judge struck down Smollett claim that his February charge violated his right against double-jeopardy. On December 9th, 2021, Smollet was found guilty on 5 of the 6 charges.