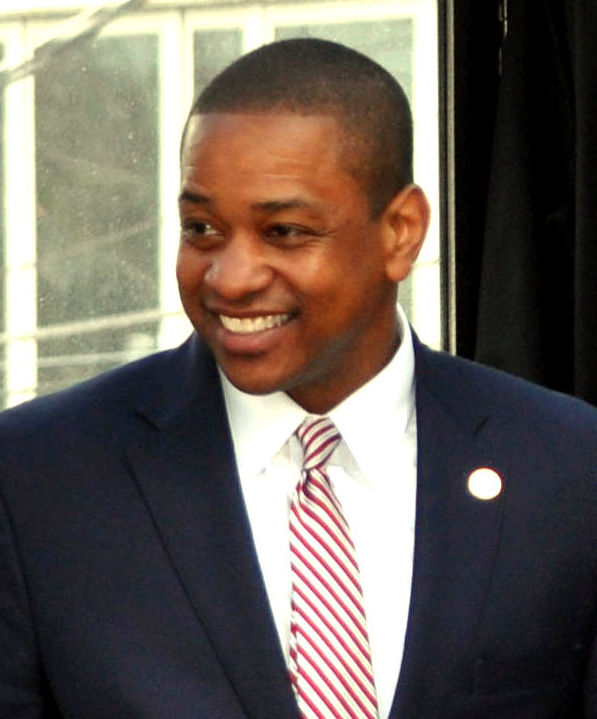 Justin Edward Fairfax is a lawyer and politician, and the 41st Lieutenant Governor of Virginia.

Fairfax was born in Pittsburgh, Pennsylvania on February 17, 1979, but was raised in Northeast Washington, D.C. He is a graduate of DeMatha Catholic High School, in Hyattsville, Maryland. He then attended Duke University in Durham, North Carolina, graduating in 2000 with a Bachelors’ degree in Public Policy. Fairfax first worked for Tipper Gore, the wife of Vice President Al Gore, as a briefing coordinator during the 2000 presidential campaign for the Gore campaign in Tennessee, and then as a staffer for North Carolina Senator John Edwards in his Washington office. He also served on the staff of the U.S. Senate Judiciary Committee for two years.

Fairfax received a J.D. Degree from Columbia Law School in 2004 and worked over the summer for John Edwards during the 2004 presidential campaign. He later worked as a law clerk for Judge Gerald Judge Bruce Lee of the U.S. District Court in the Eastern District of Virginia in 2005, before becoming a law clerk for the WilmerHale law firm in Washington, D.C. Fairfax joined the U.S. Attorney’s Office for the Eastern District of Virginia in 2010 and then spent two years as a federal prosecutor in Alexandria, while also serving as deputy coordinator for the Northern Virginia Human Trafficking Task Force.

Fairfax ran for public office for the first time in 2013, for Virginia State Attorney General. Although he lost to Mark Herring, he had a strong performance in the primary. He then co-chaired the 2014 reelection campaign of U.S. Senator Mark Warner of Virginia and then recruited to work for the law firm Venable LLP, IN Tysons Corner, Virginia. He chose to run for the position of Lieutenant Governor of Virginia and resigned from Venable in December 2017.

Fairfax won the election by 5.5%, becoming the second African American to be elected to statewide office in Virginia after Lieutenant Governor and later Governor Douglas Wilder. As the Lieutenant Governor position is part-time, Fairfax joined the firm Morrison & Foerster, and became a Partner in September 2018 while simultaneously getting elected the first head of the Democratic Lieutenant Governors Association, launched in August 2018.

In February 2019 Fairfax was accused of two separate sexual assault claims. Although he denied the allegations, there were several calls for his resignation, and he was subsequently placed on leave from his law firm and asked to step down from several positions. Fairfax is now considering a run for Governor of Virginia.

Justin Fairfax, a member of Alpha Phi Alpha Fraternity, currently lives in Annandale, Virginia with his wife, Cerina Fairfax, and their two children.