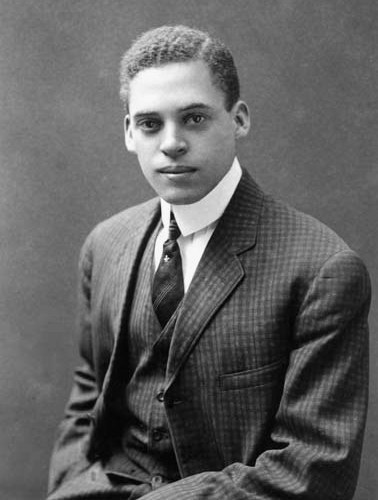 Dr. Ernest E. Just was one of the first African Americans to receive worldwide recognition as a scientist. Born August 14, 1883 in Charleston, South Carolina, Just was only four years old when his father, Charles Fraser Just, died in 1887. Due to mounting debt, his mother, Mary Just, and her children moved from Charleston to James Island, a Gullah community off the coast of South Carolina, to work in its phosphate mines. Mary Just became a highly respected leader of the community and convinced a number of residents on the island to purchase land and start their own community. The residents renamed the community Maryville in her honor.

In 1896, Just was sent to attend the high school of the Colored Normal Industrial, Agricultural & Mechanical College (later named South Carolina State University). Believing that he would receive a superior education by attending a college preparatory school in the North, Just enrolled in Kimball Union Academy in New Hampshire in 1900. Although he was Kimball Union’s only black student, Just recalled being in a warm and welcoming environment where he excelled in social activities and academics. After graduation from Kimball Union, Just entered Dartmouth College in 1903. In contrast to his experience at Kimball Union, Just felt alone and socially isolated at Dartmouth. Nonetheless, he graduated magna cum laude in biology with a minor in history in 1907. He was also elected to Phi Beta Kappa. 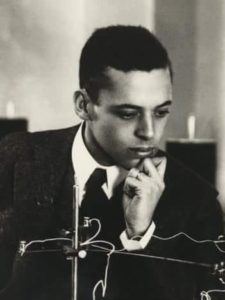 After receiving his degree, Just accepted a position at Howard University as an instructor of rhetoric and English. In 1910, he joined the Department of Biology and was appointed professor in 1912. While at Howard, Just helped to found Omega Psi Phi Fraternity in 1911. Omega Psi Phi was the first black Greek-lettered fraternal organization founded at a historically black university. Just later became a member of Sigma Pi Phi Fraternity.

Just worked for many years at the Marine Biological Laboratory in Woods Hole, Massachusetts. At the laboratory, Just realized that a doctorate in the sciences was key to his success, and he began a program of self-study at the University of Chicago. He earned a doctorate in zoology in 1916. Just published fifty scientific papers and two influential books, Basic Methods for Experiments on Eggs of Marine Mammals (1922) and Biology of the Cell Surface (1939).

Despite having a Ph.D., Just could not find work at any major American university. He moved to Europe and continued his research in Naples, Italy. In 1930, however, Just became the first American to be invited to conduct research at the Kaiser Wilhelm Institute in Berlin, Germany. His research ended when the Nazis took control of Germany in 1933. Just then relocated to Paris, France to continue his research.

Just married Ethel Highwarden in 1912. The couple had three children, but the marriage suffered due to his long absences from home. He and Ethel divorced in 1939. That same year, Just married Maid Hedwig Schnetzler, a German national. Ernest Just was working at the Station Biologique in Roscoff, France when the Germans invaded the country. He was held briefly in a prisoner-of-war camp until rescued by the U.S. State Department and brought back to the U.S. in 1940. Just had been ill for months before his incarceration as a POW, but his condition deteriorated during his imprisonment and after his return to the United States.  He died on October 27, 1941, in Washington, D.C., shortly after being diagnosed with pancreatic cancer. He was 58 years old.