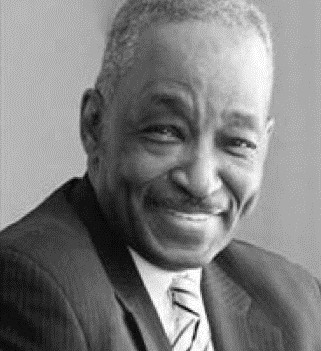 Composer, Clarinetist, Conductor, Political Activist, Educator Julius Edward McCullough was born on May 31, 1943, in the segregated Norfolk Community Hospital, Norfolk, Virginia, to Julius Arthur McCullough, a vocalist from Ransomville, North Carolina, and Bettye Frances Farmer McCullough. They had two children.  McCullough was introduced to music when he was nine at Waterford Elementary School in Chesapeake. He later studied Clarinet and the Baritone Saxophone at George Washington Carver High School in Chesapeake.

In 1961, McCullough graduated from George Washington Carver High School in Chesapeake and enrolled in Norfolk Division of Virginia State College, now Norfolk State University. There he studied Instrumental Music Education as his principal instruments were clarinet and piano.

McCullough, a Charter Member of Epsilon Zeta Chapter of Kappa Alpha Psi Fraternity, joining on May 10, 1963, received the Bachelor of Science degree two years later in 1965. After graduating, McCullough initially took a series of teaching positions in North Carolina and Virginia but in 1967 he studied Music Supervision in the Temple University Graduate Program.

From 1967 to 1970, McCullough was Band Director at Hine Junior High School in Washington, D.C. and was also a Union Representative to the Washington Teacher’s Union. In 1970, McCullough resumed graduate studies in Music Education at Virginia State College (now University).

McCullough married Laureese Shepherd Ebron from Norfolk, Virginia. She died in 2011. There were no children.

In 1974, McCullough toured with the Duke Ellington Orchestra as a singer in the performance of his Sacred Concerts while serving as a Band Director with the Philadelphia School District at Gillespie Junior High School and Strawberry Mansion High School. In 1976, he became the first African American theater manager of a major American professional theatre, The Valley Forge Music Fair in Devon, Pennsylvania, the sister theater to the Westbury Music Fair in New York.

From 1982 to 1994 McCullough was Music Director in the Performing Arts Department of the Franklin Learning Center High School for Creative and Performing Arts (FLC), Philadelphia School District.  In 1994, he retired from the Philadelphia School District and returned to Virginia as a professor of music at St. Paul’s Episcopal College in Lawrenceville. He returned to Norfolk in 2000, and in 2011, and continued composing. McCullough also became the Artistic Director/Conductor of the Boys Choir of Hampton Roads.