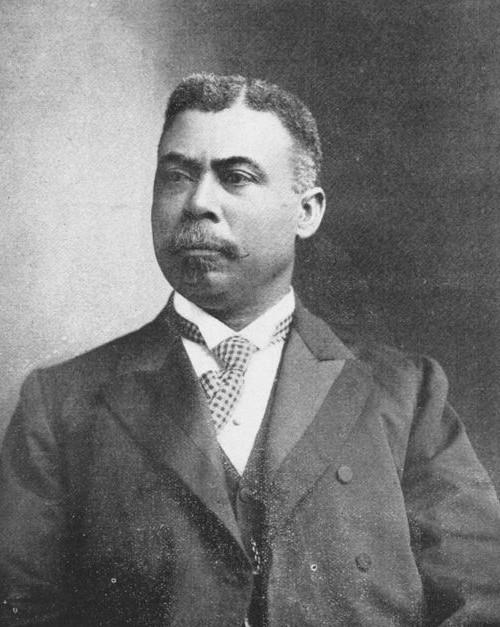 Politician and educator Judson W. Lyons was born on August 15, 1858 in Burke County, Georgia. In 1871, his family moved to Augusta, Georgia where Lyons was educated at the Augusta Institute. Lyons got involved in Republican Party politics as a young man, being selected as a delegate to the Republican Convention in 1880. He graduated from Howard University’s law school in 1884.

After graduation, Lyons returned to Georgia where he was admitted to the bar. This was a rare feat, as official records indicate that fewer than ten African Americans in any year were licensed as lawyers in Georgia before World War I. He continued his involvement in politics, serving as one of Georgia’s representatives on the Republican National Committee. Lyons was a strong supporter of William McKinley’s candidacy for the presidency in 1896, giving one of the seconding speeches for his nomination at the national convention.

When the new administration took office, many expected Lyons to be rewarded with a job in the new administration. His original goal was to be appointed as postmaster of Augusta, Georgia. The complaints of white Augustans offended by the idea of an African American holding that office prompted McKinley to appoint a white postmaster instead. Ironically many of those citizens had given Lyons glowing praise in written recommendations, which they thought would used to bolster his application a position in the diplomatic corps or a post in Washington D.C.

President McKinley appointed Lyons in 1898 to the position of Registrar of the Treasury after the death of Blanche K. Bruce. That appointment made him one of the highest-ranking (and well-known) African Americans in government and in the country as his signature appeared on all currency issued by the federal government. Lyons held the office during the Spanish-American War, when the office had the task of issuing bonds to finance the military effort.

Lyons served as Registrar of the Treasury until 1906 when he was replaced by McKinley’s successor Theodore Roosevelt. His removal may have been motivated by political considerations since he was an ally of Roosevelt’s rival, Ohio political operative Marcus T. Hanna. Still, he continued to play an active role in politics. When Georgia started to follow the example of other southern states by implementing legislation to disfranchise black people of their vote, Lyons was very active and vocal in his opposition.

Lyons also served as president of the Board of Trustees at Haines Normal Industrial Institute, a private school for African Americans in Augusta, Georgia. In that capacity he helped to raise money for the school. Lyons used his connections to bring William Howard Taft to speak on campus right after the President-Elect had won the election of 1908.

In 1908, Lyons lost his position as Georgia’s representative on the national committee signaling a loss of influence in the state’s Republican Party. Judson Lyons died on June 22, 1924 in Augusta, Georgia. He was 65.