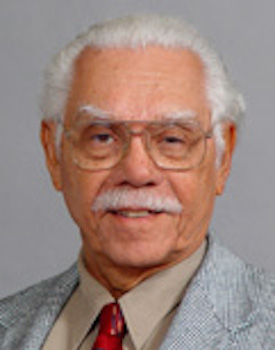 On July 26, 1977, President Jimmy Carter nominated William B. Jones as the United States Ambassador to Haiti. The U.S. Senate confirmed Jones and soon after he took up his post in Port-au-Prince, Haiti. Born on May 2, 1928, to Bill and LaVelle Jones in Los Angeles, California, Ambassador Jones grew up in a racially integrated neighborhood.

In 1945 Jones entered the University of California, Los Angeles (UCLA) and graduated in 1949 with an A.B. degree in political science with a history minor. From June until September 1, 1949, he studied abroad on a scholarship at University College in Southampton, England. Jones returned to Los Angeles and enrolled in the University of Southern California (USC) School of Law, graduating in 1952 with a Juris Doctor degree.

Jones practiced law in Los Angeles from 1953 to 1962. He joined the U.S. Foreign Service within the U.S. State Department in Washington, D.C., in 1962 and for the next two years worked within the Bureau of Educational and Cultural Affairs as Chief of West Coast and Mali Programs.  From 1964 to 1967 he was Deputy Director of the Office of African Programs, and from 1967 to 1969, Director of Programs Evaluation and Analysis Staff.  Jones then served as Deputy Assistant Secretary of the Bureau of Educational and Cultural Affairs from 1969 to 1973.

William Jones’s first overseas assignment came in 1973 when he was stationed at the U.S. Embassy in Paris, France, serving as the United States Permanent Representative to the United Nations Educational, Scientific, and Cultural and Organization (UNESCO). He remained in that post until 1977.

Jones next served as U.S. Ambassador to Haiti from 1977 to 1980. During his ambassadorship, Jean-Claude Duvalier (“Baby Doc”) reigned as dictator of Haiti. Jones’s principal responsibility was to make sure during that tumultuous period that Haiti would transition peacefully from two decades of dictatorship under the Duvaliers (Francois “Papa Doc” and Jean-Claude “Baby Doc”) peacefully into a democracy.

Following his ambassadorship, Jones was the Diplomat in Residence at Hampton University in Hampton, Virginia, from 1980 to 1981. He returned to the State Department within the Bureau of Intelligence and Research (1981-1982). Here, Jones applied his legal skills to the development of the 1982 Law of the Sea Treaty. From 1983 to 1984 Jones was the Ambassador in Residence at the University of Virginia in Charlottesville, Virginia.

Jones left the Foreign Service in 1984 after 22 years of service.  He then went to work for Congressman George Crockett of Michigan. Jones was Crockett’s Staff Director with the House Foreign Affairs Subcommittee. From 1988 to 1989, Jones practiced law in Washington, D.C. and in 1988 he was also a Visiting Fellow at the Woodrow Wilson Foundation of Princeton, New Jersey. In addition, Jones served as Ambassador in Residence and the Johns Professor of Political Science at Hampden-Sydney College in Hampden-Sydney, Virginia (1993-2007) and as Distinguished Visiting Professor at Pepperdine University in Malibu, California (1993-2004).

Ambassador William B. Jones, a member of Sigma Pi Phi Fraternity, is married to Joanne Jones. They have three children.